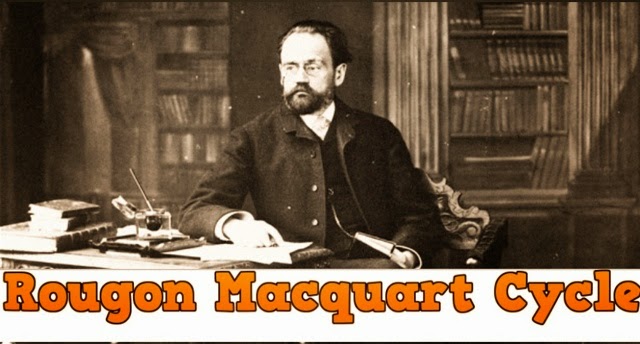 Piping Hot (the title comes from French period slang for a boiling stew pot) is the 10th novel in Emile Zola's cycle of twenty novels, The Rougon Macquart Cycle.  It is proceeded by Nana on which I posted in 2012.  Nana is one of the great classics of 19th century European literature and is, in my opinion, the best of any of the other twelve novels in the cycle I have read so far.  Nana is a very interesting look at prostitution.
Piping Hot should by those into reading the full cycle, a project I highly endorse.  It centers partially on Octave Mouret who we will meet again in The Department Store.  The novel is set in a large apartment building in Second Empire Paris.  The residents are solid middle or upper middle class citizens.  The point of the story is to expose their coruptions, addictions to sex, and the basic venality of French society.  It is not a strong novel and I do not really suggest it be read other than by those into the cycle.  It is not bad at all but there are at least four, that I have so far read, 13, better Zola novels than this.  I have begun The Joy of Love and I already like it a lot more than Piping Hot.
Mel