The Tale of the 1002nd Night by Joseph Roth (1939, translated by Michael Hoffman) 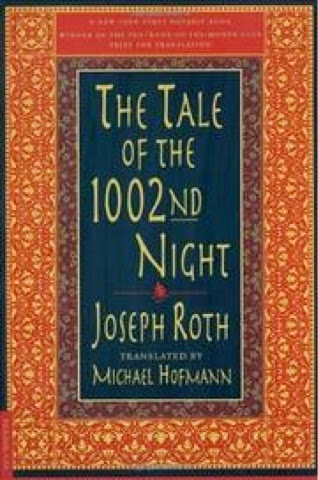 Joseph Roth is one of my favorite writers.  I have so far read his acknowledged best work, The Radetzky March, The Emperor's Tomb (a sequel), The Savoy Hotel, Leviathan, The Hundred Days (centering on Napolean's return to power), a collection of his Berlin journalism (Roth was at one time one of the best regarded and paid journalists in Europe) and three of his novellas.  Most who write on Roth describe him as largely focusing on the glory days of Vienna and the decline of the Austro-Hungarian Empire.
The Tale of the 1002 Night is set in Vienna in 1873.  It begins with the Shah of Persia's royal visit to Vienna to pay an official call on the Emperor.  He brings a very large retinue, including his personal confidant of long standing, a eunuch.  The Shah has 365 beauties in his harem.  He is a complete autocrat and on fear of death none of his subjects ever say no to him.  The Shah cannot barely dream of being unable to get anything he wants.  In a kind of really interesting reverse Orientalizing, the Shah finds the Viennese women very exotic and intends to sleep with at least one. He is really struck by the delicate white skin and the flowing blond hair of many of the court ladies.  He is very taken aback by their to him very revealing ball gowns.  All of beau monde Vienna is in a whirl, there will be magnificent parties and lots of official meetings.  The last time Persians entered the Empire it was in an attempt to conguer.  Count Tanniger, an officer in the Horse Calvary, is appointed as head laison to the entourage of the Shah.  His chief contact will be the eunuch. 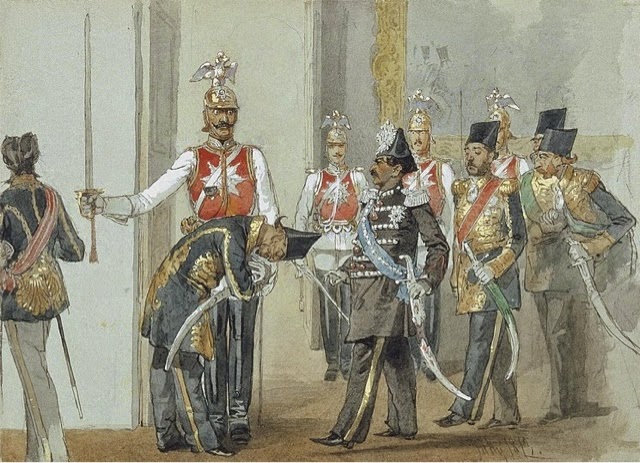 At an official reception the Shah spots a woman he decides he must have.  He tells his eunuch who tells Tanniger.  The problem is the lady is a very respectable wife of a count.  Both Tanniger and the Eunuch know they cannot tell the Shah his wish cannot be fulfilled so Tanniger arranges a very close look alike from a brothel he frequents.  The Shah is fooled and very satisfied.  He has the eunuch send a present to the woman, a string of pearls worth way more than enough for the woman to live on for life.  This sets off a series of misadventures that take us deep into the highs and lows of Viennese society. The story comes full circle at the end when the Shah comes back.
There is a lot of interesting material on military life and mentality in this great novel.  We learn how a brothel works and get to know a Madame quite well.  Vienna was known for its great thinkers, musicians, food and also the huge number of brothels and street walkers that could be found there. We meet members of lots of professions. We get to know the eunuch.  Roth is very very smart and it shows. 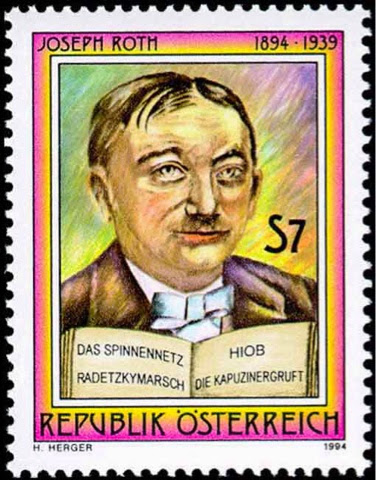 This is a very good, totally entertaining novel and I so much enjoyed read it.  I have read seven Roth novels and look forward to the remaining six.
Mel u