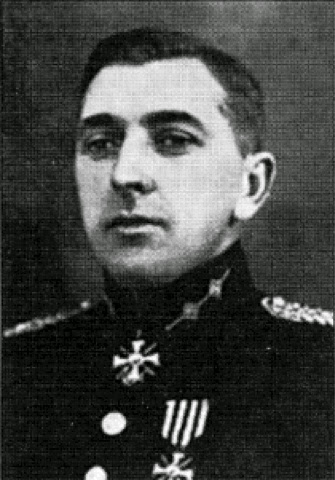 Jānis Ezeriņš (1891 to 1924) was born in Tsarist Russia, in the province of Latvia.   Over the centuries  Latvia was fought over and ruled by a series of Tsars and German sovereigns.  The aristocracy survived by going along with whoever ruled, the populace were largely serfs, later transformed into peasants.  Jānis Ezeriņš is the highest regarded literary chronicler of post WWI  life in the region. His preferred literary form was the short story, at which he is considered a master.  My research indicates he was strongly influenced by the stories of Guy de Maupassant and I could see that in the story I read, "The Tower".

Told in the third person, the lead character in the story is a member of the painters guild of Riga.  Much of his work is on high steeples and roofs, jobs other painters will not bid upon.  He rises the anger of his fellow painters when he offers to paint for free a building that the only other interested painter wanted 500 Guilders to paint.  The painter says he will do it free to show he is not afraid of heights.  He finds the high work exhilarating. We learn a lot about the business of painting.

In the second half of the story a wealthy young man has bought an old run down castle not maintained for thirty years.   He hires six master workers, including our painter, to renovate.  The painter will totally be responsible for a high tower.  On that tower the young man tells him is a family emblem he wants him to uncover from decades of decay and grime.  Here in comes the savage power of this story.  He finds the family crest but it is not what the young master anticipated.  Instead it depicts, done by a master craftsman, a serf, a scene of horrible cruelty to the people who built the castle and labored on it under the yoke of Tsarist and German masters.

"The Tower" is a very good story with an amazingly powerful close.  I hope for sure to read more of Jānis Ezeriņš stories. 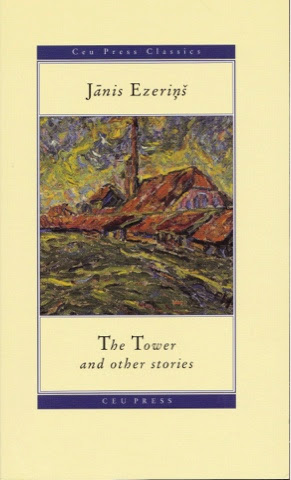 You can read this story by downloading the sample Kindle edition, which contains an excellant introduction.