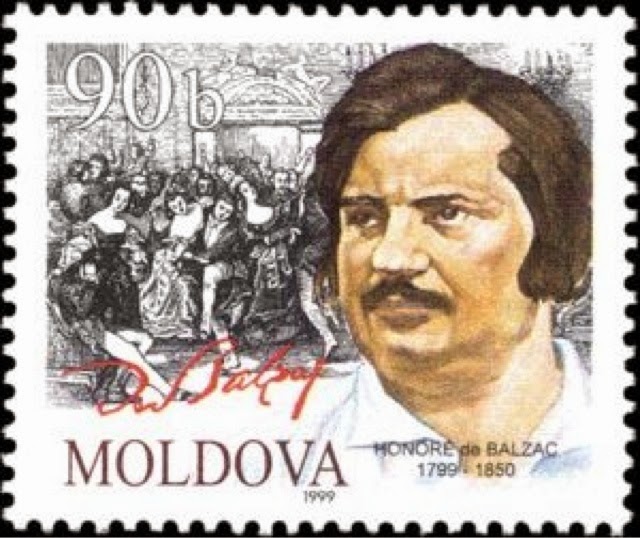 Ursula Mirouet is part of Honore de Balzac's giant cycle of works, La Comedie Humaine,some 94 novels and short stories meant to depict the story of life in France.  It is the fifth Balzac novel I have now read.
I normally read several works at a time and was interested to see Balzac mentioned over and over in Proust's Remebrance of Lost Time, in Zola's The Masterwork, and in Gregor Von Rozzi's memoirs's The Snows of Yesterday.  All three writers assume their readers will have read extensively in Balzac.  If you want to have any real knowledge of the European novel you need to read Balzac.  I read a few online articles on Balzac and his productivity is amazing.  Some put it at over three hundred novels.
Balzac is a novelist of money.  Ursula Mirouet focuses on a young girl who upon the passing of her parents comes to live with her uncle, Dr. Mirouet.  She is fifteen, of marriageable age at the time.  The doctor is a widower about seventy when his niece moves in with him. The action of the novel all turns of the fear the relatives of the doctor have that he will end up giving all his money to Ursula, instead of just half as he has announced.  There are lots of attempts by the relatives to get Ursula out of the house by getting her married.  They are very afraid that Dr. Mirouet might marry her himself.
There is all sorts of trickery and deceit in this novel which covers about seven years.  Lots of talk about how much a particular person is worth on the marriage market, about annuities, ways to invest money, etc.
I enjoyed this novel and am glad I read it.  The ending is overall emotionally positive. 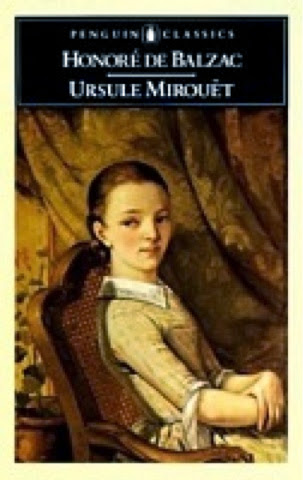 I will continue reading Balzac novels.  I am not compulsive enough, and maybe not young enough, to set a goal of the full La Comedie Humaine but I think those who can do this over the course of a few years, will find the experience immensely rewarding.
I plan to soon read Lost Illusions.  I am seeking suggests for other shorter, under 300 page Balzac novels.
If you are new to Balzac or don't know where to start, I strongly suggest you start on Wuthering Expectations pages on him.
http://wutheringexpectations.blogspot.com/2008/11/big-balzac-blowout-no-one-has-any.html
Mel u

I would ask "Why is this novel neglected?" if there were not so many good Balzac novels. Some of them will inevitably be neglected.

I could use recommendations for shorter Balzac novels myself. Most of the more famous ones I have not read are on the long side, I think.