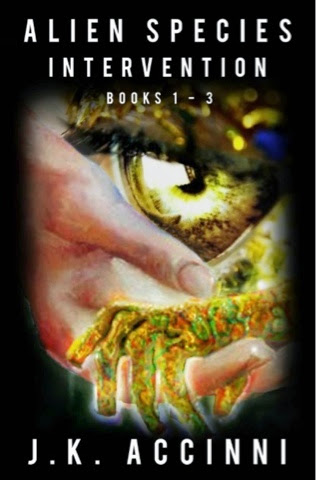 I used decades ago to read a lot of science fiction.   Works like Baby by J. K. Accinni might get me making an occasional venture into that genre.  Baby is a kind of a cross  between a Flannery O'Connor novel set among 1930s depression era Americans from the deep rural south and a top pulp fiction era science fiction work by one of the masters of the form.  The lead female character marries young after her mother is murdered the local power broker of the area.  He is part brutal thug, part cherisher of his beautiful library.  He controls the sale of alcohol, at the time in the USA illegal, vast lands and has his fingers in many enterprises.  The marriage is basically a series of rapes. Having had enough, the wife, maybe twenty, escapes back to her old family farm.  There is a lot of interesting action in the novel but everything turns around when she finds an injured alien in a cave.  She has always had a thing for injured animals so she takes him, to be called "Baby" home and he come back to health.  I don't want to spoil the exciting plot but Baby has all sorts of mysterious powers.  He begins to bring about transformations in the woman and the farm.  I don't want to spoil this for you as the plot really is exciting and a lot of fun.  There is sex, brutal violence but above all there is a deep powerful love story in Baby.  The ending will make you think.

J. K. Accinni was born and raised in Sussex County before moving to Randolph, New Jersey, where she lives with her five dogs and eight rabbits, all rescued.Ms. Accinni’s passion for wildlife conservation has led her all over the world, including three trips to Africa, where ten years ago she and her husband fell in love with a baby elephant named Wendi that had been rescued by the incomparable David Sheldrick Wildlife Trust. Wendi is the inspiration for the character Tobi, the elephant featured in her fourth book titled Hive. The character of Caesar is inspired by a real life iconic tiger from Big Cat Habitat and Gulf Coast Sanctuary in Sarasota. Mrs. Accinni also invites you to visit her webpage at www.SpeciesIntervention.com. Readers are encouraged to comment about the book or your own creature experiences.

WHERE TO FIND JK ACCINNI ONLINE

I find myself delving into SciFi every now and then, at this moment reading Ryu Mitsuse's 10 Billion days & a 100 Billion nights & am enjoying it immensely. Hope all's well