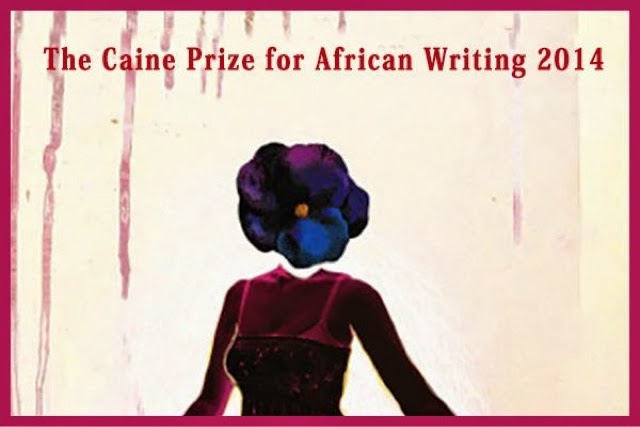 You can read The 2014 Caine Prize Shortlisted works and learn more about the Caine Prize on their webpage
http://www.caineprize.com/
The Caine Prize for African Fiction is given annually to a short story writer born in Africa.  It is a very prestigious award.  I first blogged on the short listed stories (the winner will be named July 14) in 2010. At that time as far as I know I was the only person to blog on each story.  In 2011 the publisher for the Caine Prize asked me to post on the stories again, more bloggers looked at the stories and by 2012 there was a well organized group effort.  There was a lot of political commentary on the stories.  In 2013 I skipped the stories as involved otherwise.  Of the fifteen Caine Stories upon which I have posted, two I considered works of great distinction. "Stick Fighting" by Olufema Terry from Sierra Leon, winner of the £10,000 award in 2010, was a magnicent story of the grandson's of warriors playing stick ball in a garbage dump.  "Bobmay's Republic" by Rotimi Babatunde from Nigeria was a powerful very interesting story centering on a Nigerian man who served in the British Army in Asia during World War II.  It is just a wonderful, hilarious must read work. It was the 2012 Winner.
This year I am going to try to read and post on all the stories.
"Chicken" by Efemia Chela, from Cape Town, South Africa, is the author's first published work.  I really like this story set in contemporary South Africa.  The central character in this story is a young single woman just beginning to make her own way in life.  In part this is a story of life in a tropical megapolis and there are vivid pstisches of life, contrasting the comfortable existence of her parents, the gleam of the city with the underworld of half employed men and prostitutes.  Chela does a very good job of letting us see the excitement tinged with a bit of fear of the narrator trying to make it on her own.  Her parents wanted her to go to law school and keep sending her texts, along with rent money, letting her know she needs to "straighten out".  She is sort of living the adventure of being young and poor, knowing it is not a life sentence.  Of course on her own for the first time she begins to explore her sexuality.  There is a really interest encounter I won't spoil for you.  She ends up, sort of being inspired by a tattoo she saw during this encounter, to do something drastic to help her finances.  Chela does a fine job of bringing the city to life and drawing us into the world of the narrator. There is also a really fun to read dinner party, I enjoyed the food descriptions a lot.
"Chicken" is an excellant story and is worthy to stand with past winners.

Efemia Chela was born in Chikankata, Zambia in 1991, but grew up in England, Ghana, Botswana and South Africa. She graduated with a BA in French, Politics and Classical Civilisations from Rhodes University. She completed part of her Politics Honours at Institut D'Etudes Politiques in Aix-En-Provence, France.

When she grows up she would like to be a midwife of great literature, a better writer, a translator, subtitler and graphic novelist.

She is married to a film camera. They go everywhere together and have many square children. She gets her thrills from remotely attending international fashion weeks, artistic intertextuality, old black and white movies and tasting new cuisines.

Efemia lives in Cape Town and is currently unemployed which allows her to focus on her writing. “Chicken” was her first published story and it won third place in the Short Story Day Africa 2013 competition, “Feast, Famine and Potluck”.

I see great talent and potential in Efermia Chela and hope to see her develop into an internationally regarded writer.