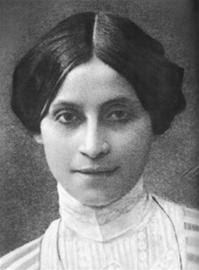 Yiddish Literature on The Reading Life

This month I am setting up a Reading Life Mini Short Story Project.  The objective is to post at least once a week on a 21st Century Short Story by an American and also a story translated from Yiddish during December.  Next month I am thinking about pairing Bolivian Short Stories along with short Stories by authors from Iran.  February might be Italy and Canada .  March will for sure be Irish Short Story Month, will ponder the pairing but I might just focus on the Irish, so much there.

A few days ago I acquired a very good book, Beautiful as the Moon, Radiant as the Stars: Jewish Women in Yiddish Stories, An Anthology edited by Sandra Beck and introduced by Francine Prose.   Among the twenty two stories in the book more than half are by women.  The editor includes well done concise biographies not just of the authors but of the gifted translators also.  Francine Prose talks about the reason why Yiddish literature was so preponderantly male authored.  At $5.95 for the Kindle edition it is a solid value.

“Perhaps what’s most striking about Beautiful as the Moon, Radiant as the Stars is the force with which it reminds us that—not so very long ago and not so very far away—women had to struggle for even the smallest fraction of the autonomy and self-determination that we take for granted today. Set mostly in Europe, the United States, and Israel, mostly in the nineteenth and twentieth centuries, many of these fictions concern women who must fight just to entertain and express a simple opinion of their own or to exert the slightest influence on the shape of their own destinies.”. From Francine Prose’s introduction.

“Kaddish” by Dvora Baron, translated by Naomi Seidman, just four pages, focuses powerfully on a young woman deeply moved over the sadness her grandfather feels because he has no son, he had ten daughters, to preform Kaddish for him, a  prayer of mourning which traditionally can be done only by a son.  The granddaughter finds a teacher who will give her the required knowledge to complete The Kaddish properly.  The ending of the story reflects the deep seated male domination of the culture.  Upon the death of her beloved grandfather, she proceeds to the funeral services at the temple to preform Kaddish.  Her way is blocked by a group of men.  She wakes up later on the pavement after they beat her unconscious.

Dvora Baron has a second story in the collection which I should get to next year.

Dvora Baron (1887-1956) was born in Belorussia to a rabbinic family, and immigrated to pre-state Israel in 1910. During World War I, she lived in Egypt. Baron began writing at an early age: her first stories were published in 1902. Later, she edited the literary section of Hapoel Hatzair, a weekly published by her husband, and continued to work as an editor until his death in 1937. Fluent in several languages, Baron also translated the works of Flaubert, Chekhov and Jack London, as well as many others, into Hebrew.

As one of the first women writers of Hebrew fiction, Dvora Baron occupies a special place in Hebrew literature. She grew up in a Lithuanian shtetl, and the suffering people who came to her father, a rabbi, for advice and support are an integral part in her work. Baron was the first recipient of the Bialik Prize (1933) and was also awarded the Brenner Prize. The First Day and Other Stories is included among "The Greatest Works of Modern Jewish Literature" (2001). - from The Institute for the Translation of Hebrew Literature