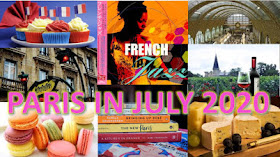 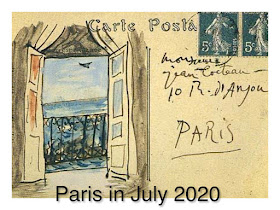 1. “Forain” - a set in Paris Short Story by Mavis Gallant
2. “Winter Rain” - a Short story by Alice Adams about an American woman living in Paris after World War Two 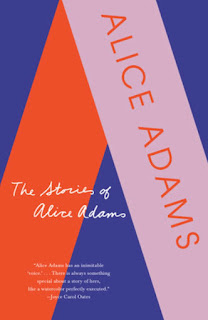 “Winter Rain” was her first published stories- 1959 in The New Yorker, and is included in The Short Stories of Alice Adams, 2002

She lived in Paris in most of 1947 and 1948 after graduating from Radcliffe.
Like many a Young writer and Artist, her time in Paris was a transformative period.

“Whenever in the final unendurable weeks of winter, I am stricken, as now, to the bone with cold—it is raining, the furnace has somehow failed—I remember that winter of 1947–1948 in Paris, when I was colder than ever in my life, when it always headlines. And everyone struck: Métro, garbage, water, electricity, mail—all these daily necessities were at one time or another with difficulty forgone. Also, that was the first winter of American students—boys on the G.I. bill and girls with money from home, Bennington meeting Princeton in the Montana Bar. There were cellar clubs to which French friends guided one mysteriously: on the Rue Dauphine the Tabu, with a band; the Mephisto, just off the Boulevard Saint-Germain; and further out on Rue Blomet the wicked Bal Nègre, where one danced all night to West Indian music, danced with everyone and drank Pernod. It was a crowded, wild, excited year. “

Up until a few months  ago I had never heard of Alice Adams, now i am close to starting a read through of The Short Stories of Alice Adams, 800 pages with fifty one stories, most first published in The New Yorker.

After graduating from Ratcliff College at 19, Adams and her husband spent some time in Post War Paris.  Perhaps drawing a bit on that experience, “Winter Rain” is narrated from Paris by a young American woman studying at the Sorbonne.

The story is told after narrator has returned to the United States, it appears years have gone by, she has not kept up with anyone she knew in Paris.  Her most interesting relationship was with Mme. Frenaye, an older woman, from whom she rented a room.  Mme. Frenaye overcharges her while somehow representing French sophtication to an American ingenue.  I found this a charming and elegant story.

This story is included in sample of the Kindle edition of The  Short Stories of Alice Adams, along with two other stories  and a Forward  by  Victoria Wilson her long time editor at The New Yorker.