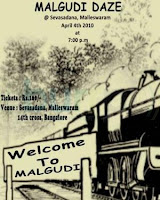 Both of these short stories by R. K. Narayan (1906 to 2001-Chennai, India) were included in his 1947 collection of short stories, The Astrologer's Day and other Stories.   1947 was a terrible year for South Asia with millions displaced and uncounted numbers killed as a result of the partition of  India.    The stories in the anthology were all first published in the Hindu of Madras newspaper (established in 1878 and now called simply The Hindu).   The style and length of the stories were to a good extent shaped by their publication in a newspaper much of whose audience read English as a second language.  (Or a third or a fourth.)

There are thirty stories in this collection.   I have already posted on three of them.   (There is background information on Narayan in my first post on his work.)  So far I have really liked them all (Of course if I did not like the first three-I would not have pushed further into his work.)    The stories in this collection are interconnected in  way similar to that of Winesburg, Ohio.   I will just post briefly on the two stories of today.

"The Gateman's Gift" is a great short story.    The other stories by Narayan I have read so far are good  to very good.  In his book on short stories, The Lonely Voice-A Study ofe the Short Story Frank O'Connor (in words written around 1960) that the Indian Short Story was beginning to surpass in quality the contemporary Irish Short Story.    This was not, I think, an easy thing for the very Irish O'Connor to say.   One of  the writers he had to have meant was Narayan.   "The Gateman's Gift" almost perfectly exemplifies a  short story by the thoughts of  O'Connor.   (I will post soon on O'Connor's book and I will be measuring future short stories I read against what he says, for a while at least.)    The central figure in this story is a gateman (a door keeper).    He is employed by a fabulously wealthy man.    He has no idea what the man does or where his wealth comes from and would no more dream of asking than he would question a God.   The great man has spoken to him only twice in 30 years and he treasures those occasions as the greatest moments of his life.    When he reaches a certain age his wife gives him the courage to go to the great man and ask for a pension which he is granted.    On the last day of every month he goes to the accounting office where he once works, dressed in his finest clothes,  to get his pension.   Now that he has leisure time he begins to carve figures out of wood.    Soon he becomes very skilled at this and can make very involved artistic pieces.    He soon makes a practice of taking one to the office when he goes to get his pension to give to the people there.     One day he gets up all his courage and asks the people in the office to give what he regards as his best ever work to the great man.    In a few weeks for the first time in his life he gets a certified letter.   He is afraid to open it.   He thinks perhaps his old boss has decided to cut off his pension for creating a disturbance in the work place by giving out his carvings.   Or maybe the carving he gave him displeased the man.  His wife tells him he is an idiot and says he should open the letter but she is afraid to open it.     He even goes to the hospital and asks them to ex-ray the letter.   They tell him he must be crazy.   He then decides if he is crazy they will not cut of his pension and he begins to act as if he were crazy.   There is a really lot in this story.   Narayan constructs a world in just a few pages.   I have left the ending unspoiled so others can enjoy it.

"The Roman Image" is a very interesting  story.   I would say for sure all five of Narayan's stories I have read have been a lot of fun to read.   One day a local man sees an advertisement in the paper seeking an assistant to a scholar of ancient Indian history who is on an expedition looking for artifacts.   The man could not be more thrilled when he gets the job.    What happens strains credibility a trifle but not so much I could not accept it.

All of the stories in The Astrologer's Day and other Stories can be read online .

I will, I hope, read more of his stories and at least one of his shorter novels soon.

Do you have a favorite  Indian short story?

Hey!
Please do read my review of R.K.Narayan's novel, The Guide, on my blog. Here's the link:
http://beanbagtales.blogspot.com/2011/05/guide-review.html
Thanks for introducing me to his work!

i am agree with @mel u

Furthermore she also offers you two workout routines specifically developed to melt away fats and concentrate on washboard abs. Her name is Isabel Signifiant Shedd Rios writer of The Weight loss plan Res Procedure. Authenticate out her web page at The diet program Options Technique and get good at from history of successful witout a doubt answered the question In .Exactly what is the fastest way to lose excess weight?In free bodyweight in any-healthy way by dancinghow to shed bodyweight dance. Maintaining clear of sugars as part of your foods? Do not want to expose any included calories? If you are, you are probably hoping tricky to go extra weight. You'll find so lots of things that may help you decline bodyweight but one of the best implies is a hypnotic approach. Employing trance to shed excess fat had been proven handy immediately after lots of analysis and trials. Even though individuals may still uncertainty the appropriateness and veracity of trance, however, a number of people now can state the truth that that they been treated along with self applied-self esteem was improved. phen375 ingredients Getting an specialized plus a fitness expert ought to invigorate you in the direction of do much more workout. Expert's guide may also guarantee you that every one people spending so much time could make use of great consequence from other correct coaching as well as experienced direct. Isn't it about time to wring the exact negligence absent and commence a nutritious existence as well as prime new solutions to reduce weight. A limitless plus common teaching program need to lead to progressive however revolutionary burn up associated with excess fat as well as weight-loss.