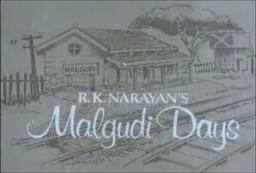 My Prior Posts on R. K. Narayan

I am very pleased  that The Reading Life was recently recommended by The Economic Times of India,. the leading financial daily of The Subcontinent.

There is no literary culture with roots older than that of India.   I will always admire Edmund Burke for telling the English that they had no right to govern a region whose culture is much older than theirs. .       Some of the writers featured  will be internationally famous, such as Salmon Rushdie, Saadat Manto,  and R. K. Narayan but most of the writers I post on will be authors on whom there are no prior book blog posts.    There are numerous books and academic conferences devoted to exploring the colonial experiences of India and Ireland and I will look at these stories partially as post colonial literature.   My main purpose here is just to open myself up to a lot more new to me writers and in this case most will be new to anyone outside of serious literary circles in the region. I am hoping in a small way to create networks of readers worldwide.    Where I can I will provide links to the stories I post on but this will not always be possible.


My blog owes a lot to R. K. Narayan (1906 to 2001).   My posts on his work have drawn more readers to my blog than those on any of the other authors I have posted on.   I was very proud when The Economic Times of India, the leading financial daily newspaper of the Subcontinent recommended my posts on Narayan to its one million plus readers.    Jhumpa Lahiri in her introduction to Malgudi Days ranks him among the greatest of all short story writers.   I totally agree with this.   Historically he is probably the first writer from India, writing in English, to have a large international readership.

It has been since November of last year that I read a work of Narayan, way to long.   Plus there is no way I could do a project on short stories of the Indian Subcontinent without including several of his works.

"Mother and Son" is a simple story anybody from anywhere can relate well to.    For sure devotees of the Irish short story will like this story.  (In his book on the short story, The Lonely Voice, Frank O'Connor, writing in 1962, said the Indian short story writers were very close to surpassing the Irish and he had to have meant Narayan.)   There are only two center stage characters, a widow and her late teen age son.  Like his counterparts world wide, the son does not want to listen to any parental advise and for sure he does not want to be pushed into a marriage with his cousin, which his mother is constantly trying to do.   She finally gets exasperated and tells him he either agrees to marry the cousin (she is buck toothed) or she will have no more to do with him.   The son has finally had it, he does not want to get married even though his mother keeps saying motherly things like "who will cook for you after I am dead".   The mother is a bit dominating and she knows it.   One day the son does not come home and the mother is beside herself.  Finally she goes all over the town until she finds her son sleeping outside.   She tells him come home and he follows her, inside she is so glad he is safe and he is so thrilled to be going home but on the way they strike up the same conversation again.

This is a totally believable universal story about the love between a mother and her teenage son.   Like all of Narayan's work, it is beautifully written.   If you look in some of my other posts on Narayan, you will find links to his stories.   In some countries his stories are under copyright so make your own judgement.  I read it in Jhumpa Lahiri's edition of Malgudi Days, which has thirty stories from various periods of his life, including works not previously anthologized.

You can also see TV shows based on his stories on You Tube.

I have three of his novels I have not yet read  (I have read five of them) and will read them, I hope, pretty soon.

How cool to be featured in the paper - congratulations :D