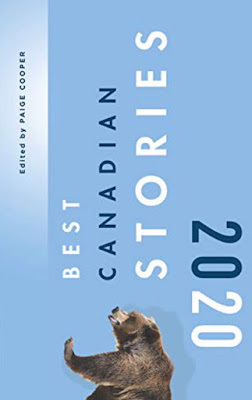 This is the third story by Souvankham Thammavongsa I have had the pleasure of reading and posting upon.  The setting is not fully revealed other than a small town in an area where it snows, like the other two stories it is centered on an unattached woman, whose past we can not do much more than guess about. It is told in the third person.  Here is our introduction to Mary:

“Mary preferred her own company.She was thirty-six years old, living, with no pets, in a small house painted white. It was one of many white houses in the neighbourhood, painted that way because of the intensity of the sun. The one she lived in had a flat roof. It wasn’t a place that needed to deal with snow. Or cold. She didn’t know they still made houses this small. She didn’t know who owned it. She wrote her cheques to a corporation that was just a bunch of numbers. Her wardrobe was two black pencil skirts, one black jacket, and two black blouses, one short-sleeved and one long-sleeved.”

We do not know where Mary was before our story. She makes her living doing taxes for community residents.  She develops a fixation on a man working at a gas station.

“What was a pleasant sight was the man who worked at the gas station. She saw him there, but they never talked. He had a terrible reputation. Something about him taking in women and leaving them, always, wailing in the street below his window, begging. Mary wondered what he did to make them lose themselves that way. And whether it would happen to her. Mary worked from home.She was an independent accountant. During the tax season she often found work at a clinic or some pop-up arrangement, or sometimes clients came to her. She had many types of clients.”

One day at her booth in a community center, the man shows up asking about her helping him with his taxes.  She tells him make an appointment and come back.  He does, we learn something unexpected about both of them in a very interest close.

I will be posting on a number of her stories.  I am very high on her work. 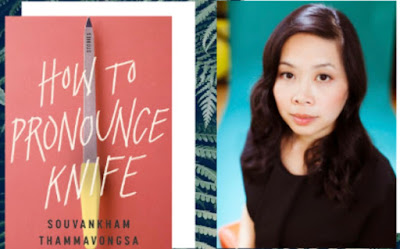 “Souvankham Thammavongsa is the author of four acclaimed poetry books, and the short story collection HOW TO PRONOUNCE KNIFE, winner of the 2020 Scotiabank Giller prize, finalist for the National Book Critics Circle Award and PEN/American Open Book Award, a New York Times Editors' Choice, a TIME 100 Must-Read Books of 2020, out now with McClelland & Stewart (Canada), Little, Brown (U.S.), and Bloomsbury (U.K.). Her stories have won an O. Henry Award and appeared in The New Yorker, Harper's Magazine, The Paris Review, The Atlantic, Granta, and NOON. Thammavongsa is a judge for the 2021 Griffin Poetry Prize. She was born in the Lao refugee camp in Nong Khai, Thailand and was raised and educated in Toronto.”  From the author’s website

Included in Best Canadian Short Stories 2020 are works by