Jews and Booze: Becoming American in the Age of Prohibition by Marni Davis - 2012 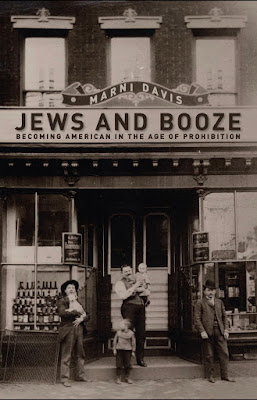 Jews and Booze: Becoming American in the Age of Prohibition by

In this very well documented and organized academic history we learn how their relationship to the consumption, manufacturing, sale of Alcohol in America starting about 1820 running up through the end of prohibition in the 1930s shaped the ways in which Eastern European and Russian Jewish immigrants became Americans while preserving their culture.

Much space is taken up with the demands for prohibition of all sales. The driving force behind this was largely Protestant women who felt alcohol destroyed families. Davis shows us how there are

a very old Jewish traditional ways in which the consumption of wine was nearly mandated. Jews in Europe were heavily involved in making not just Kosher Wine but whiskey.  They continued in the occupations they knew when they moved.  Many set up hotels and restaurants in which selling alcohol was a big part of the profit. We learn a lot about the business side of selling liquor in America by Jews and others.

Anti-alcohol groups began to tie in the sale of alcohol to anti-Semetic perceptions of Jews as preying on The weakness of men.  They are seen as behind rise in brothels and saloons.  Black men were seen as being totally used by Jewish merchants while black women worked as prostitutes.  Davis goes into lots of details on Atlanta.

We see How prohibiting the sale of alcohol did not stop The trade, just changed tbings.

Millions of Jews moved to America from 1850 to about 1915 or so. From Davis we can understand a bit more of How they became Americans.

I highly enjoyed this unique book. 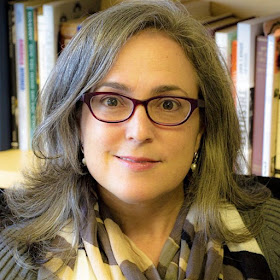 Marni Davis is a historian of ethnicity and immigration in the United States. She is the author of Jews and Booze: Becoming American in the Age of Prohibition (New York University Press, 2012), which was a finalist for the Sami Rohr Prize in Jewish Literature. An essay by Davis appears in Chosen Capital: The Jewish Encounter with American Capitalism (Rutgers University Press, 2012). She received her Ph.D from Emory University, and taught there for a year before joining the faculty at Georgia State.

Davis is currently researching and writing about the immigrant experience and the immigration debate in the American South in the years between Reconstruction and the liberalization of American immigration policy in the 1960s. She is particularly interested in the role that immigrants’ ethnic enclaves, both residential and entrepreneurial, played in Atlanta’s development as an economically booming and racially segregated New South city.

Davis offers undergraduate courses on immigrants in the U.S. (HIST 4225), modern Jewish history (HIST 3680), and the history of alcohol (HIST 4990). The graduate students under her advisement have done research projects on Cuban immigrants in Atlanta, anti-Catholicism in Progressive-era Georgia, and African-American medical education in Georgia at the turn of the century. - from Georgia State University