MOM IS IN LOVE WITH RANDY TRAVIS From "How to Pronounce Knife" by Souvankham Thammavongsa, recommended by Vinh Nguyen in Electric Literature - 2020 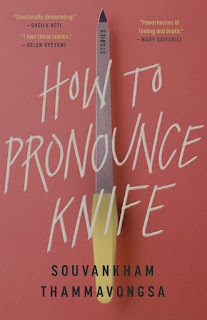 MOM IS IN LOVE WITH RANDY TRAVIS

From "How to Pronounce Knife" by Souvankham Thammavongsa, recommended by Vinh Nguyen in Electric Literature - 2020

You may read the story and Vinh Nguyen’s comments here

This is the fifth story by Souvankham Thammavangsa upon which I have posted.  One was from The New Yorker, and four from her debut collection.

Souvankham Thammavongsa has won the 2020 Scotiabank Giller Prize for her short-story collection, How To Pronounce Knife, her debut work of fiction which examines the immigrant experience.

The Toronto-based author was announced as the latest winner of the award – among the biggest in Canadian literature at $100,000 – during a virtual ceremony on Monday evening, which aired on CBC and streamed online.

“Thank you to my Mom and Dad. Thirty-six years ago, I went to school and I pronounced the word ‘knife’ wrong, and I didn’t get a prize,” Thammavongsa said, after accepting the hand-crafted glass award that was delivered to her front door during the ceremony.

“But tonight, there is one. Thank you.”

How to Pronounce Knife, published by McClelland & Stewart, is a “stunning collection of stories that portray the immigrant experience in achingly beautiful prose,” the jury wrote of the winning book.

“The emotional expanse chronicled in this collection is truly remarkable. These stories are vessels of hope, of hurt, of rejection, of loss and finding one’s footing in a new and strange land.” - from  https://www.scotiabank.com/ca/en/about/perspectives.articles.impact.2020-11-giller-award-announcement.html

“Mom is in Love with Randy Travis” centers on a recently arrived family of Laotian immigrants.  The narrator is the daughter.  On arrival the family got a welcome package including a radio.  We learn the mother, as was common among other Laotian, quickly came to really like country music, even if they could just initially barely understand the lyrics. It was about love, good times and bad, just like Laotian songs.  The mother became obsessed with Randy Travis.  As soon as he can the man buys a record player for her.  Then a TV that can record. She watches all the country music shows.  The husband knows his wife loves Randy Travis over him.  She rarely cooks traditional Laotian food anymore.

Something heartbreaking happens.  The narrator comes back to visit her widowed father years later.  We reflect on the nature of her memories, why was the mother so obsessed with Randy Travis.  Was it because she lost all since of cultural connections ?  We see the father fixes Laotian style food. 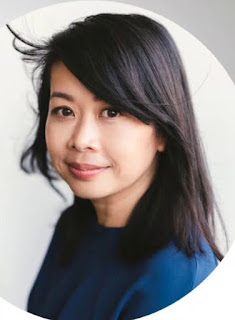 Souvankham Thammavongsa - was born in a Laotian refugee camp in Nong Khai, Thailand, and was raised and educated in Toronto. She is the award-winning author of four books of poetry, and her fiction has appeared in Harper’s Magazine, Granta, The Paris Review, Ploughshares, The Best American Non-Required Reading 2018, and The O. Henry Prize Stories 2019.- first appearance. I am very high on her work

Mel, I've been away from blogging for the last month or so.
This story sounds intriguing, and this author sounds very talented. Terrific review!

Suko. Gratifying to see your presence on my blog. These are hard times for many book bloggers. I know there is some turmoil in your area, stay safe

This story made me smile and it also made me sink into my pillow. Months after reading, it's one that still stands out for its emotional heft.

Buried in Print. Yes very moving. As she lives in Toronto maybe you can once this period over go to a reading