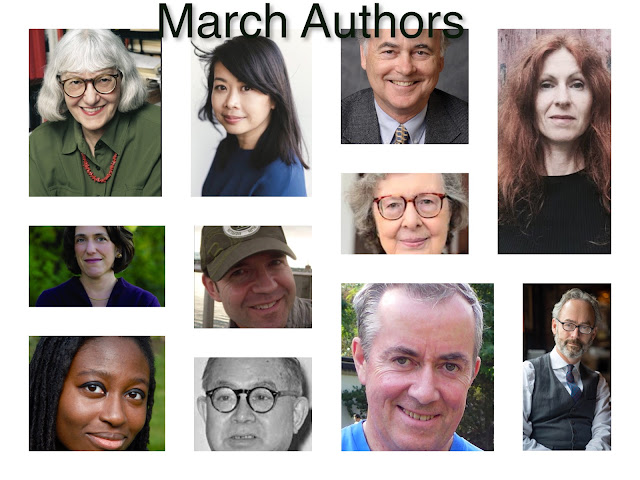 Six of The eleven authors are women. Seven have been previously featured.  All but two are still with us

In March, nine of The Top ten posts were on Short Stories, two by Tagore

You can get a good idea our

from The images in the Sidebar.

My great thanks to Max u for his kind provision of Amazon Gift Cards.

To those who leave comments, you Help keep me going.

The Last 12 months have not been easy for those of us deeply committed to The book Blog World.  I see better times coming for us.