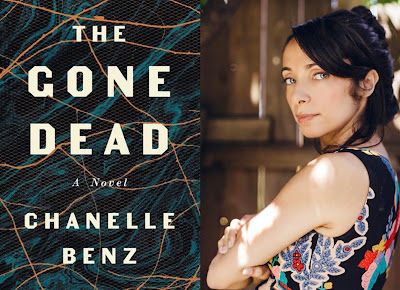 It was this quote from Gerorge Saunders that got me initially interested in The Gone Dead.  I lesrned Benz studied with Saunders in the very elite University of Syracuse Creative Writing Program.  The Amazon description sounded interesting and the Kindle edition was only $1.95 so I acquired it. I ended up so drawn into her vision of the Mississippi Delta region.

The Delta is home to The Blues.  By every demographic measure it is one of The lowest ranking areas in the country in terms of poverty and education.  The population is about a fifty fifty mixture of descendants of slaves and white people.

Racial dramas dating way back still Play out.  Black men are still at risk of being killed for acting “uppity”

Billie James, the narrator and key character, has just returned to the Delta prompted by inheritance of a broken down house and $5000.00 from her paternal grandmother.  Her father was an African American poet highly admired for his work on life in the Delta.  He died under mysterious circumstances  four years after she was born. Her white mother was an accomplished medieval scholar.  She lives in Philadelphia worlds away from the Delta.  Mixed relationships only grudgingly accepted even now in  the Delta. She has passed also. She raised Billie alone.

Billie wants to find out did her father die in a fall while drunk, kill himself or was he murdered by the police for stirring up the African Americans.

Benz for sure creates a poverty ridden area, with a few rich.  Billie contacts her father’s brother, who is his literary executor, an old girl friend, and a white man who was his childhood friend. Everyone including Billie carries a gun. She has an old dog named “Rufus”.  She asks a lot of questions about her father’s death. She is attacked by white thugs who tell her go back to Philadelphia.  She starts a relationship with a white evangelical Christian.

The violent confronation that solved The mystery was very exciting.

Thanks to Gerorge Saunders I have another marvelous writer to follow