“Wilde” - A Short Story by Ethel Rohan from her collection, In the Event of Contact - 2021 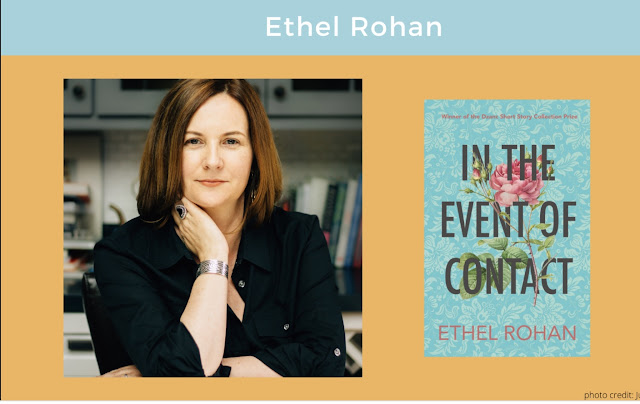 Wilde” - A Short Story by Ethel Rohan from her collection, In the Event of Contact - 2021

To those wanting The Reading Life bottom line on this collection,buy it.

My thoughts on first reading Ethel Rohan, from March 2013

There are thirteen stories included with In the Event of Contact

I decided my initial post would be on a story entitled “Wilde”.  Oscar Wilde fascinated me at age 13 and still does.  Also The statue of Oscar Wilde in his museum in Dublin plays a big part in The story.  I am fondly reminded  of a literary tourism visit I made a few years ago to Dublin with Max u to The Oscar Wilde Museum. 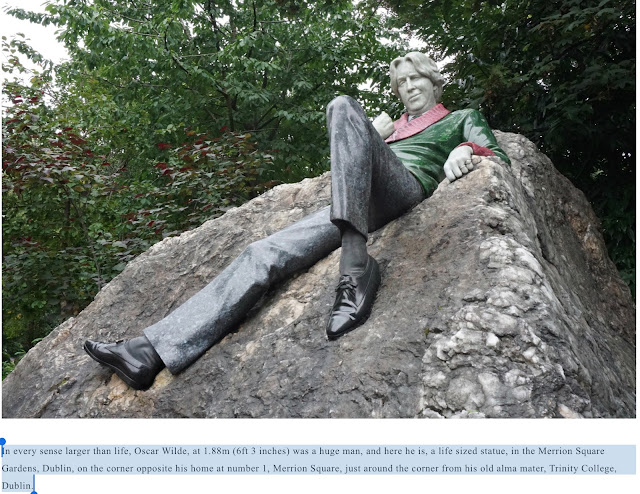 This story is narrated by a late Middle aged woman. A long time ago she moved to Chicago.  Now she is divorced and back alone on her annual visit to Dublin.  Rohan has written other stories sbout adult children coping with dysfunctional parents and the lingering impact and involuntary memories this produces. The narrator recalls her father had a long lasting relationship with Mary, who existed only to him.  As the narrotor explores Dublin, she finds her self in front of a statue of Oscar Wilde.  The spot is swarming with tourists.  Somehow Wilde then accompanies her on her walk, has coffee with her and converses using his famous sayings. He ends up next to her in her posh hotel, gone Without a word of goodbye when she awakes..  She recalls her  doctor told her not to drink while on anti-depressents and she wonders is she going the way of her father.

This is a marvelous story sbout coming home, fear ing   Madness and the power of Iconic literary figures to haunt those under their spell.

In Inventing Ireland:  The Literature of the Modern Nation by Declan Kiberd says a dominant theme of modern Irish literature is the weak or missing father.  For sure this story deeply explores this matter.

I Will be posting on more stories included with In Case of Contact soon.