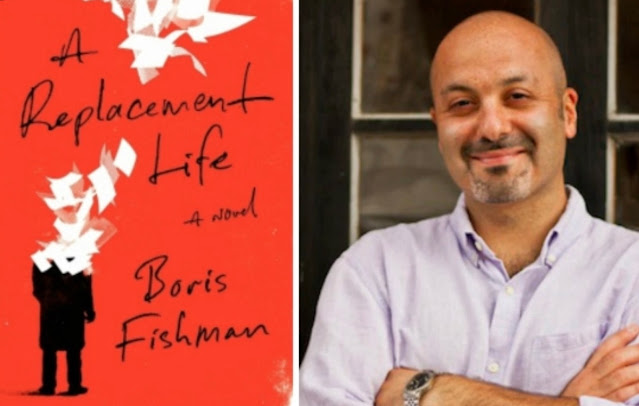 Six weeks ago i first heard of Boris Fishman through Reading his illuminating essay on The Master and Margarita by Mikhail Bulgakov.

Two weeks ago I then read his introduction to a new collection of Short Stories by Anton Chekhov.  I checked Amazon and acquired his debut novel, A Reolacement Life. It is   set among Russian emigrates in New York

In the greater New York City area there are about 600,000 people of Russian descent with about 200,000 Russia Jews, living in areas like Brighton Beach, a part of Brooklyn.  Many Holocaust survivors moved there after World War Two as well as Russians impacted by war.  Flash Forward to 2013.  The German government is paying reperations to concentration camp and slave labor survivors.  There are strict guidelines and you have to make an application.  Just being Jewish and hurt by Germans is not enough.  Being hurt as a side effect of the war does not qualify you.  Depending on what you experienced you can get enough for a down payment on a nice House or to Help your kids.

There is a lot of drama among the immigrant community.  The conversations are very well done.  There is a romance and some sex.

I enjoyed this book a lot.