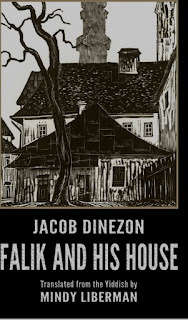 “The greatest Yiddish writer you never heard off” - The Forward 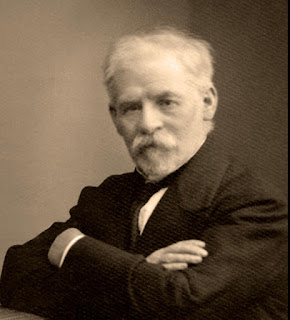 My Prior Posts on Jacob Dinezon

I first began reading Yiddish literature in translation in December of 2012, prompted by The Yale University Press  giving me a collection of essential works.  The alleged theme of my blog is literary works about people who lead reading centered lives and I quickly came to see how central reading was to Yiddish culture.

I think my favorite work of Yiddish literature is the deeply hilarious profoundly revealing The Letters of Menakhem-Mendl and Sheyne-Sheyndl by Sholem Aleichem, on whose work the movie The Fiddler on the Roof is based.  In the stories of pogroms by I. L. Peretz a terrible history was brought to life with incredible depth.  Of course the issue in any literary culture of whose work endures is only partially based on merit, writers come in an out of fashion.  I think in the case of a literature like Yiddish from a partially destroyed culture dependent on translations for works to be read this is very much true.  Of course most publishers are shy to produce the works of relatively unknown writers in translation for fair to them business reasons,

Thanks to the selfless dedication and strongly focused work of Scott Davis, Jacob Dinezon (1851 to 1919-Warsaw - I urge all to read the very informative webpage on Dinezon I link to at the start of this post for background information on Dinezon and his relationships with other now much better known writers) Dinezon will soon become a canon status Yiddish writer.

The three previous novels by Jacob Dinezon I have had the great pleasure of reading focused on young men, struggling to make their way in Poland while dealing with romances and often judgemental older people.  In Falik and his House the central character is a man at least well into his sixties.  His two sons have moved to America and want him and their mother to move and live with them.  Stopping Falik is his very strong emotional attachment to the House he has owned for forty years. His children were born there, he often thinks of the early days of his marriage. Sadly the House is very much in need of a new Roof, among numerous other issues.  Falik works as a tailor, money is not so good now.  He asks his sons to send him money but nothing but letters arrive.  A neighbor tries to get him to sell, offering a fair price.  His wife wants to Go to America.  The marriage dynamics are very well done. His tenants complain when a big rain floods their rooms.  In all this, Falik is feeling the impact of his age, in a way the survival of the House is a metaphor for his own survival.  He sees the decline of old traditions. He wonders if his sons in America, with his never seen grandchildren, keep any traditions.  To make it worse, his daughter, son in Law and their children are going to America soon.

There are great letters from the sons and to them from Falik.  We see the community is changing Under his feet. The characters are perfectly realized.  Foodies will  find things to enjoy.

In these times I needed a positive ending to this story.  The closing of the plot was a pure joy.  I must admit this is my personal favourite of his works.