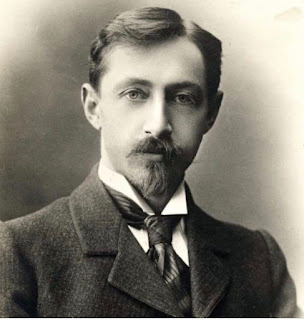 I read this story in a marvelous anthology, Russian Short Stories from Pushkin to Buida - edited and introduced by Robert Chandler 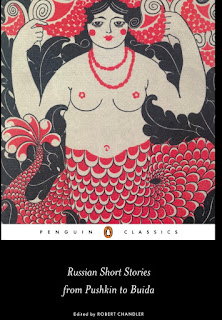 “What the Russian Revolution turned into very soon, none will comprehend who has not seen it. This spectacle was utterably unbearable to any one who had not ceased to be a man in the image and likeness of God, and all who had a chance to flee, fled from Russia.”

March 28, 1920 - moves to Paris where he Will spend The rest of his Life, with countryside interludes.  He will be forever anti-Soviet and later Anti Nazi

“The Gentleman from San Francisco” is considered among the finest works of Ivan Bunin. I consider the reading of this wonderful story to justify the acquisition of this collection.

A wealthy man from San Francisco has embarked on a two year pleasure tour of Europe.  In his fifties, the is accompanied by his wife and their unmarried daughter in her 20s.  They are on a luxury boat in the

Mederteranian Sea, catering to the Idol rich with luxurious rooms, wonderfully described meals and lots of serving staff.  Bunin makes sure we see this opulence is paid for by workers living in very harsh conditions.

The fellow travelers, the Captain, the dining room wait staff, the room staff are perfectly realized.  We feel the trubulence of the sea in a storm.  We check in a hotel in Capri with the Gentleman from San Francisco and his Family. His daughter is infatuated with “An Asiatic Prince”,   The room staff totally suck up to them, hoping for good tips.  There Will be a painful truth revealed revealed to us behind the sycophantic behaviour.

The ending is really powerful, Under cutting all the luxury and money as transient glories.

I will soon read his 1910 novel, The Village showing the harsh lives of Russisn peasants and next Month his story “In Paris”..