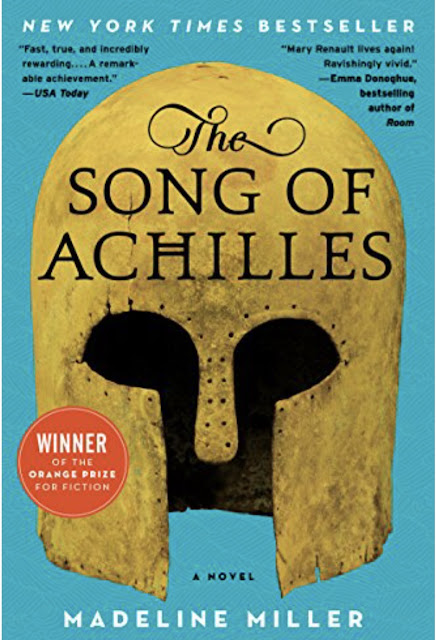 “The Song of Achilles is at once a scholar’s homage to the Iliad and a startlingly original work of art by an incredibly talented new novelist. Madeline Miller has given us her own fresh take on the Trojan war and its heroes. The result is a book I could not put down.”

Ann Patchett, author of Bel Canto, The Dutch House and State of Wonder

The Song of Achilles is a retelling of the story line drawn from the Iliad,from the point of view of Patroclus.  Patroclus and Achilles meet when they are in their early teens.  Patroclus had been sent as a punishment for an accidental killing to the Kingdom of the father of Achilles. Achilles is the son of King

Peleus and a sea nymph, Thetis. When his mother sees Achilles developing  feelings  for a mere mortal boy she with out success tries to end the relationship.  In a very interesting segment both boys spend two years being trained by the Chiron, a centaur.  Achilles is prophesied to be the greatest warrior of the Greeks, remembered forever.

Patroclus accompanies Achilles to Troy.  Their  trip is delayed as Thetis does not want Achilles to go.  Miller makes wonderful use of detail from Homer and Greek myth.

The battle for Troy lasts nine years.  The famous Homeric figures are on stage.  The love story is very well done.  The

battle scenes are very exciting.  Achilles is a merciless killer, driven by his ego and humanized by his love for

I enjoyed this book very much. It is exciting and brings in non- Homeric in origins details that add to The fun. 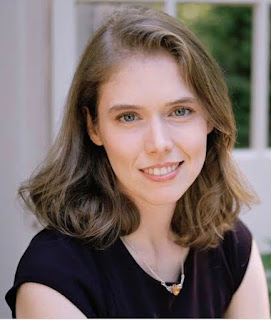 “Madeline Miller grew up in New York City and Philadelphia. She attended Brown University, where she earned her BA and MA in Classics. She has taught and tutored Latin, Greek, and Shakespeare to high school students for over fifteen years.

She has also studied at the University of Chicago’s Committee on Social Thought, and in the Dramaturgy department at Yale School of Drama, where she focused on the adaptation of classical texts to modern forms.

The Song of Achilles, her first novel, was awarded the 2012 Orange Prize for Fiction and was a New York Times Bestseller. Miller was also shortlisted for the 2012 Stonewall Writer of the Year. Her second novel, Circe, was an instant number 1 New York Times bestseller, and won the Indies Choice Best Adult Fiction of the Year Award and the Indies Choice Best Audiobook of the Year Award, as well as being shortlisted for the 2019 Women's Prize for Fiction. Circe also won The Red Tentacle Award, an American Library Association Alex Award (adult books of special interest to teen readers), and the 2018 Elle Big Book Award.  It is currently being adapted for a series with HBO Max. Miller's novels have been translated into over twenty-five languages including Dutch, Mandarin, Japanese, Turkish, Arabic and Greek, and her essays have appeared in a number of publications including the Guardian, Wall Street Journal, Washington Post, Telegraph, Lapham's Quarterly and NPR.org. She currently lives outside Philadelphia, Pennsylvania.” From http://madelinemiller.com/

Her second novel Circe is near The top of my read soon list.

I've read Circe, and I loved it, so I have been eager to try this one. I have the audio and I've just been waiting for the right time to pick it up.

Deb Nance. I really might have to read Circe next month. It sounds more interesting than The Song of Achilles. Thanks vrry much for your visits