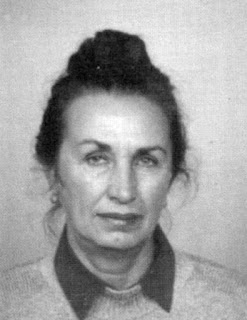 A Short Story for Yom Kippur

On Yom Kippur on September 16, 2018 I posted on a short story “Ne’ilah” by Rosa Palitik related to observations of the High Holiday.  Today I am posting on another of her Yom

What is Yom Kippur? When is it held?

Yom Kippur roughly translates to "Day of Atonement", and is a period where Jews abstain from certain things and pray, seeking forgiveness for their sins.

It's considered the holiest day of the Jewish calendar, and comes 10 days after Rosh Hashanah, the Jewish new year. From Wikipedia

The story centers on the deep feelings stirred up in

Mirel, who left her ancestral home to move to Paris with her two year old daughter.  She was never a close observer of Jewish traditions but even in Paris she felt the power of Yom Kipper. She had found work as a seamstress she could do at home for a non-Jewish factory owner.  On Yom Kipper she lights the traditional Yom Kipper light and sets her work aside. Then there is a knock on her door. It is a factory representative giving her work that needs to be done today.

“All day long, Mirel prepared to take part in the passionate prayers. She recognized again the sad clouds, like family, that she remembered from Yom Kippurs past. She decorated her poor room with white curtains, spread a white tablecloth over her little table, and put on a white dress. She prepared Yom Kippur food, and in the evening, when a Yom Kippur mood covered everything, Mirel brought out a large Yom Kippur candle and set it on a box of sand on top of the covered table, remembering how her mother would bless the children before the Yom Kippur wine. She went to her sleeping child’s bed and wordlessly held her warm little hands to her breast. Burying her head in the child’s little pillow, she quietly sobbed as she fulfilled her mitzvah.

Just as she was praying for a better fate for her little girl, a knock on the door tore apart the quiet Yom Kippur scene. A tall non-Jewish man stood by the half-open door with his blond hair tossed to the side, holding a package of women’s scarves under his arm. He ordered her with a gruff voice, “Here’s your work . . . these have to be ready by morning.”

Her boss’s tall messenger winked at the Yom Kippur candle and spoke ironically, “If you are a worker in Paris and you don’t want to go to the factory, then you have to work when your boss asks you to, and not whenever you feel like it. Au revoir!”

To see what happens next read the story.  I found this   very moving.

Rosa Palatnik (1904-1981) was born near Lublin. In 1927 she emigrated to Paris, where she contributed to Yiddish newspapers Di handls-tsaytung and Der parizer paynt. In 1936 she settled in Rio de Janeiro, where she published widely in international Yiddish organs, including Di yidishe prese of Rio, Der nayer moment of São Paolo, Der shpigl of Buenos Aires, Der kontinent and Der veg of Mexico City, Di fraye arbeter-shtime and Morgn-zhurnal of New York and Di goldene keyt of Tel Aviv, composing roughly two hundred short stories.  Some of these stories were later published in her four short-story collections, three of which are available in the Steven Spielberg Digital Yiddish Library. She was awarded the Fishl Bimko Prize in 1954.