Three Women of Chuck’s Donuts - A Short Story by Anthony Veasna So - first published February 10, 2020 in The New Yorker - this is the lead story in his collection Afterparties - 2021 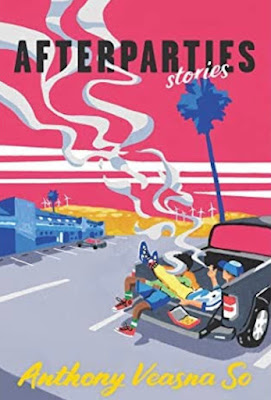 “Anthony Veasna So was, in his own words, “a queer boy, a Khmer-American son of former refugees, a failed computer scientist, a grotesque parody of the model minority, and a graduate of Stanford University.” …

Before he passed in December of 2020, Anthony sold his debut short story collection Afterparties, which has been hailed as “a wildly energetic, heartfelt, original debut” (George Saunders) and “a stunning collection by an exciting new voice” (Brit Bennett). Like all his work, it is hilarious, exquisitely detailed, and unbelievably complex in its exploration of the lives of Khmer, queer characters.”from The Adroit Journal

The death of Anthony Veasna So at age 28 is just too sad for words.  His stories focused on Cambodian refugees and their American born children, living in California.  The stereotype is that Asian Americans are the “perfect minority”., with way lower crime and welfare than white Americans.  Americans see all S E Asians as one monolithic group. So’s stories,as illustrated by “The Three Women of Chuck’s Donuts”  let us see beyond this to real people. Cambodians suffered terribly Under The rule of The Khmer Rouge and The intense bombing of The country by America.  About a third of The people lost their lives. Even when they made it to America they and their children had to deal with The psychological consequences of this.  Trust is not easily given to others.  Women cannot count on The father’s of their children to be there for them.  Children tell themselves their father survived the Killing Fields and made it to America and they try to accept them even when they abandon the family.

The donut shop is run by a divorced Cambodian woman and her American born daughters 13 and 16.  There is no Chuck, it just seemed like an American name.  It is summer and the girls are working the night shift (24 hours).  A man who appears Khmer starts coming in late at night.  He gets an apple strudel but never touches it.  Of course the girls wonder about him.  We learn How the purchase of the shop was financed by a sinister figure back in Cambodia, an uncle of her ex-husband.   The woman has been giving money to her ex-husband to send to him but he spent it on his new family.  She fears what can happen due to this.

The girls get to know the man.  We learn his history and then something very shocking happens.

I read this story on the Kindle sample edition.  I hope so much I get to read the full collection soon 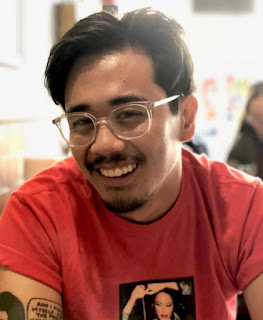 Email ThisBlogThis!Share to TwitterShare to FacebookShare to Pinterest
Labels: Antony Veasna So, Cambodia

Sometimes my first reading experience with an author simply remains my favourite, even when I enjoy the works that follow, so this story, the first in his collection, has remained my favourite. And now whenever I see anything with 'Chuck' I assume it's a made-up person.