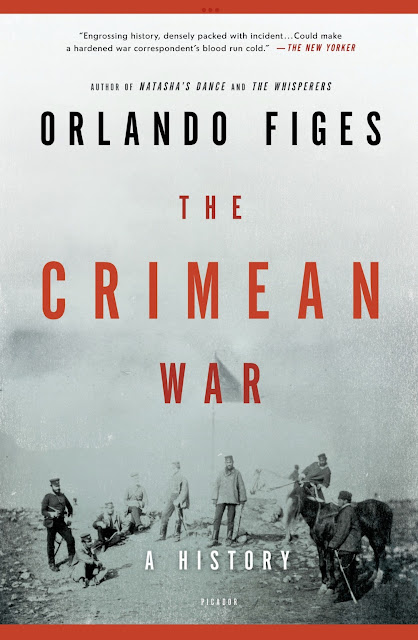 The Crimean War was a military conflict fought from October 1853 to February 1856 in which Russia lost to an alliance of the Ottoman Empire, France, the United Kingdom, Turkey

Russia, under the leadership of Tsar Nicholas The First, believing the Ottoman Empire was in decline, invaded the Crimean Peninsula in the hopes of expanding its influence in the Middle East.  France and England felt this would negatively impact their interests in the region and entered into war against them in support of the Ottoman Empire. (As copiously detailed in The Crimean War by Orlando Figes.) Russian needed a secure Black Sea port to make greater use of its Navy.

Figes says the war was about more than just trade.  English Protestants and French Catholics thought the Russian Orthodox faith was not an acceptable version of Christianity.  Many English political leaders saw Russia as a near slave state and opposed it on philosophical grounds.  Figes throughly explains the role of the British Press in supporting a war which does seem only of benifit to wealthy British involved in international trade.  The drafted Russian soldiers and millions of peasants derived nothing from a potential victory.

In France, England and Russia positions as officers went to non-inheriting sons.  The conflict was sparked by conflict over access to Jerusleum and other places under Turkish rule that were considered sacred by both Christian sects. After violence in Bethlehem in which Orthodox monks were killed, Nicholas sent an emissary to the Turkish sultan and demanded not only equal access to religious sites but that the sultan recognize Nicholas as protector of Orthodox Christians.

After the sultan refused The Tsar’s request he decided to occupy the Turkish controlled  principalities of Maldovia and Walachia (now part of Romania. In response, in October 1853, Turkey declared War on Russia and counterattack Russian forces.

This was completely unacceptable to The French and English who put aside their issues lingering from wars with Naploean, though they kept seperate commands.

There is much to be learned about mid-19th century European history in this book. Figes details the roles  advisors to Nicholas as well as French and English Politicians played. Nicholas evidently thought that Queen Victoria was an absolute monarch.  Prior to Nicholas becoming Tsar he paid visits to the Queen, who found him very charming, and he bonded with her oldest son.

Russia’s aggressiveness also made the British nervous about maintaining their trade with Turkey and access to India. The French, who still remembered Napolean’s defeat by the Russians, saw a chance to take revenge. The two countries entered the war on Turkey’s side in late March 1854.

Figes explains very well that The Crimean War in some ways was the first modern technological conflict.For the first time, soldiers used rifles that were mass-produced in factories, and landed on coastlines in armored assault vessels. British and French forces communicated between the Crimea and headquarters in Paris via telegraph lines, and built railroad lines to transport supplies and ammunition.

If you desire to understand this era in European history The Crimean War by Orlando Figes is The best source.

The Charge of the Light Brigade

Flashed all their sabres bare,

Flashed as they turned in air

Charging an army, while

All the world wondered.

Right through the line they broke;

Reeled from the sabre stroke

Then they rode back, but not

Not the six hundred.

When can their glory fade?

O the wild charge they made!

All the world wondered.

Honour the charge they made!

There  is bio data and information on his other books at