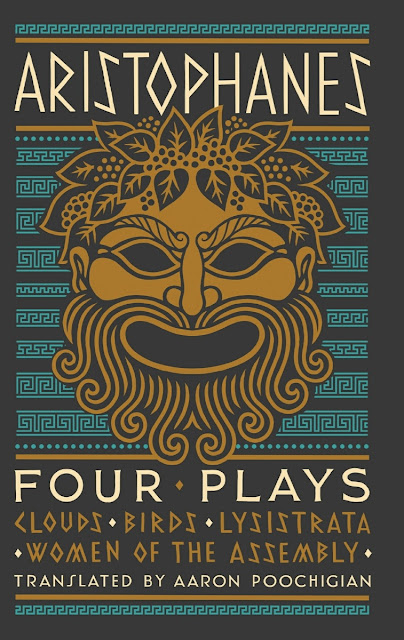 Since the start of The Reading Life in July of 2009 I have employed Reading Life Projects to help me structure the blog. My first two projects were on Japanese Literature and Katherine Mansfield. I now have projects on Irish Short Stories, early Australian Literature among others. Projects also give blog visitors a sense of what can be found on The Reading Life. Once I begin a project it is permanent.

Today I am initiating The Ancient Readings Project encompassing Literature from Sumeria, Greece, India, China, Rome as well as historical narratives on this era.

As of now I have as potential works for the projects, six plays by Senaca, eleven comedies by Aristophenes, New translations of Gilgamesh, Ovid, The Illiad by Homer, Virgil's Aneid as well as plays by Sophocles, Euripides and Aeschylus. Hopefully I will be able to acquire modern translations of The Vedas and Buddhist Sutras. Perhaps portions of The Old Testament can be included. This is for me an ambitious project. (I am limited to works available as Kindle Editions)

"Not only was Aristophanes one of the greatest poets of antiquity but, in the words of Lempriere’s Classical Dictionary, “the greatest comic dramatist in world literature: by his side Molière seems dull and Shakespeare clownish.” - From New Translations of the Complete Plays by Paul Roche

Aristophenes wrote 44 plays, as documented by Paul Roche, but only 11 survive still. Prior to today I have posted on two of his works. These are Lysistrata, his most famous work, and Women of the Assembly. Both these comedies have focus on the sex lives of Athenian women in very explicit language. Birds is very different.

The first work to be included going forward is Birds by Aristophenes.

Birds was first preformed in 414 BCE at Dionysius where it won second place. It is the longest of the 11 surviving works. Set in the wilderness outside of Athens, Pisthetaerus, an Athenian, persuades the birds in the area to form a great city in the sky, reclaiming their ancient place as Gods.

Wikipedia has a decent plot summary so I will forgo that. I liked the satire of Athenian society, the way the birds were given personalities fitting their species. No doubt ornithologists would enjoy deciding which species are represented. Birds is a deep mockery of Greece's myth based religion.

I will next read his play Clouds.