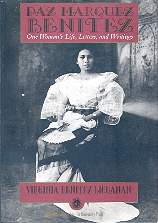 
Today is the start of what I hope will be a long term monthly feature on short story writers from the Philippines.   In a joint venture with Nancy Cudis of Simple Clockwork we will be spotlighting once a month the work of a short story writer from the Philippines.   Nancy is based in Cebu City and focuses according to her profile on  PHILIPPINE LITERATURE, CLASSICS, CHILDREN'S and MIDDLE-GRADE BOOKS, CHRISTIAN FICTION, and clean ROMANCE.    Her blog is just getting started and I can already tell she has a great passion for what she does and I hope a lot of my readers will also follow her blog.    She recently did a very insightful post on O. Henry. 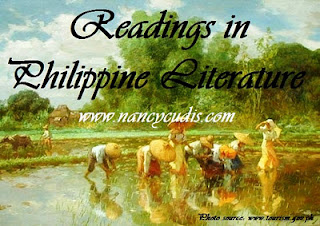 Paz Marquez Benitez is considered the first modern English language short story writer from the Philippines.   Her literary publications were just limited to two short stories (I will post on one, Nancy the other) but she had important editorial and academic positions as well as a very high social standing that enabled her to greatly influence several generations of writers, especially women authors.  I will return to her background in a moment but first I want to look at the wide literary world in 1925.


1925 was a very good literary year that saw the publication of some truly great novels.   Among the works published were The Great Gatsby by F. Scott Fitzgerald, No More Parades by Ford Madox Ford, The Trial by Franz Kafka, and Mrs Dalloway by Virginia Woolf.


In the Philippines in 1925, the first generation of women educated in English in schools run  under American rule had just finished college a few years ago.   Under Spanish rule, women were not given any real formal education and of course the instruction was in Spanish in at higher levels.   The only novels from the Philippines that can  be considered to have world class status, those of Jose Rizal, were originally written in Spanish.


Paz Marquez Benitez (1894 to 1983) was born in Lucena City in the Quezon Provence, five hours or so south of Manila now but who knows how long the trip was in 1925?   She was born into a very prominent and affluent family.   She graduated from the University of the Philippines (not far from where I live in fact) in 1912 and two years latter she married the dean of the college of education (they had four children).   She became a professor at The University of the Philippines and specialized in classes on writing short stories.   Through this she became greatly influential on future writers.   She founded the first magazine in the country aimed at women in which she published the short stories of lots of other writers and she helped found the Philippine Women's college.   She edited the first collection of short stories by authors from the Philippines, all of whom were former students of hers.


"A Night in the Hills"  is a very moving story about the life of Gerado Luna, a salesmen in a jewelery store in the Intramuros area of Manila.   Benitez is very skilled at letting us see his character in just a few lines.  She also lets us see how he lived.  I confess when I read about how someone lived in a time or place remote to me one of the things I want to know is what they ate and Benitez brings Gerado fully to life for us in just a few pages.   I will quote a bit from the story to give you a feel for her prose style.


"HOW Gerardo Luna came by his dream no one could have told, not even he. He was a salesman in a jewelry store on Rosario street and had been little else. His job he had inherited from his father, one might say; for his father before him had leaned behind the self-same counter, also solicitous, also short-sighted and thin of hair.

After office hours, if he was tired, he took the street car to his home in Intramuros. If he was feeling well, he walked; not frequent­ly, however, for he was frail of constitution and not unduly thrifty. The stairs of his house were narrow and dark and rank with charac­teristic odors from a Chinese sari-sari store which occupied part of the ground floor.
He would sit down to a supper which savored strongly of Chinese cooking. He was a fastidious eater. He liked to have the courses spread out where he could survey them all. He would sample each and daintily pick out his favorite portions—the wing tips, the liver, the brains from the chicken course, the tail-end from the fish."


He had always had a dream which he had shared only with his wife.   He dreamed of sleeping in the hills in a forest.     His wife tells him this is a foolish idea for a someone like him who has spent all of his life working inside.   She tells him to forget the foolish idea as he will get sick if he follows through on it.   He give up on the idea as he does not want to argue with his wife over it.   Then just as he turns forty, his wife passes away.   A friend who gathers wild orchids for sale  invites him to spend a night in the forest with him and there is nothing to stop him now.   He tells people he is going to be looking for some land to buy when they ask him why he will be doing this.   An aunt (a very broad category in the Philippines that includes nonrelatives also) who introduced him to his late wife already has a another wife in mind for him and tells him that he should go partners in a pawn shop with this lady and forget buying land.   Gerado  misses being married as his wife always took good care of him and does want to marry again soon.   His reasons are not real romantic.   He is divided, he wants to be in a comfortable relationship but he also likes his freedom to go to the forest if he wants.


"Now that Gerardo was a widower she intended to repeat the good office and provide him with another poor relation guaranteed to look after his physical and economic well-being and, in addition, guaranteed to stay healthy and not die on him. “Marrying to play nurse to your wife,” was certainly not Sotera’s idea of a worthwhile marriage.

This time, however, he was not so tractable. He never openly opposed her plans, but he would not commit himself. Not that he failed to realize the disadvantages of widowerhood. How much more comfortable it would be to give up resisting, marry good, fat Peregri­na, and be taken care of until he died for she would surely outlive him.
But he could not, he must not. Uncomfortable though he was, he still looked on his widowerhood as something not fortuitous, but a feat triumphantly achieved. The thought of another marriage was to shed his wings, was to feel himself in a small, warm room, while overhead someone shut down on him an opening that gave him the sky."


We go along on Gerado's big night in the forest.   His wife was right,  it is very hard on a city man not in the best of shape.


I will not tell more of the plot.   The ending is not a surprise and is not meant to be one.   It is really a beautiful story.   I could feel the sad but real elation in Gerado as he felt he was in charge of his life for the first time in years but you can see he is not a strong person through the brilliant treatment of his relationship to his aunt.  She is not at all really related to him but how she became to have the status of an aunt (tita) is really hilarious.


You can read this story (and a lot of other stories by authors from the Philippines HERE.


I think  almost everyone will enjoy this very well written and wonderfully plotted short story.   I wish she had more than two stories to her credit.


We plan to make this a once a month feature.   Any and all are invited to join in also for this event.   You can either pick your own author or we can all work together to post on one author.


Please share your experience concerning short story writers from the Phillippines with us.   In the next few months we will focus mostly on older short stories.

An area of Literature I know nothing about, so will be following & learning . Thanks for bringing new writers for me to read.

Thank you, Mel, for this wonderful post. I'm really excited about this joint venture to feature Filipino writers. I just put up my post on Dead Stars by the same author at my blog. Looking forward to next month's Philippine short story---the older the story, the challenging it gets. And I'm always up for challenges.

What a wonderful initiative Mel U. I know absolutely nothing about literature from the Philippines so I'm really looking forward to reading along whenever you post a story. Also checking out Simple Clockwork. Seems like a lovely blog.

This is such a good idea! I've never read anything from the Philippines before. I like the sound of this writer -- she seems to have a very nice style. I'm off to check out those two short stories, and Nancy's blog. :)

Please include Manuel Arguilla. His "How my brother Leon brought home a wife" is a must read with its beautifully written prose. It pulls you in by making your senses come alive.

Markos-please consider joining Nancy and I in this project-we need your help!