Patrick Kavanagh "The Great Hunger" and other poems. From An Anthology of Modern Irish Poetry edited by Wes Davis

"Irish poets open your eyes" from a poem of the same name
"I don't care what Chicago thinks;  I am blind
To college lectures and the breed of fakes". From "Yeats" 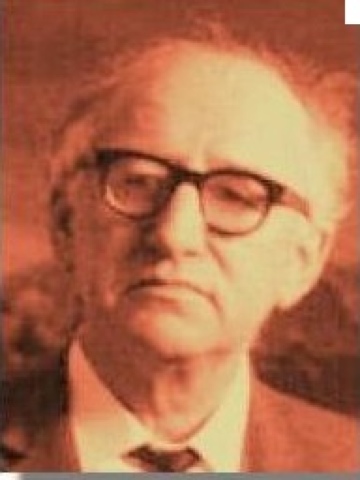 Patrick Kavanagh (1904 to 1967) is an iconic figure of Irish poetry.   His "The Great Hunger" is one of highest regarded modern Irish poems.  There is a very high prestige annual prize in his name for the best first collection by an Irish poet.  I read eight of his poems, all those included in An Anthology of Modern Irish Poetry edited by Wes Davis.  This is a long, near 1000 pages with fifty authors included, book.  I read numerous Amazon reviews and many complained because their favorite writer was left out.  As I read this I thought only a ten thousand page anthology would satisfy these complainers.  To me this is a beautiful book that I expect will be the standard text for a long time.  The biggest complaint is that it includes no Yeats.  I think this is a good practical decision.  I think most buyers of this book will already have Yeats collections and Yeats is in the public domain and can be downloaded for free.  Almost all the rest of the works are under copyright.  There are interesting introductions to each of the writers. I am reading my way through this book and will be posting on some of the poets.
"The Great Hunger" (1941, 21 pages) was written in only three weeks.   I have read it several times over the last two months.  I find it a deeply moving very complicated work of art.   A lot of Irish literature and history is about the seeming emotional poverty of the lives of ordinary Irishman.  Much of the poem focuses on the feelings of a man who lives as a bachelor with his mother on her farm until she dies at ninety one when he was sixty-five.   He was very devoted to his mother, who never saw him as more than a boy, and too the farm, now his.  Sometimes he dreamed of a wife and he used to have passions but they have long since nearly passed. He is deeply rooted to his land.  It is also a religious meditation.  I found deep conflict in this and I know scholars have written about the theology behind this poem.  I found this one of the post beautiful poems I have ever read.  (If you Google search it you can read it online.).
Poets from Ireland are Irish poets and this is not a tautology.  By this I mean that Irish poets do seem deeply concerned with what it means to be an Irish poet.  They don't write in Isolation. There are 1000s of Irish poets and I think to some extent they are writing for each other.  I will just talk briefly about two of Kavanagh's short poems that dealing directly with this.
"Irish Poets Open Your Eyes" speaks directly to other Irish poets. In part he is saying "be ordinary,
Be saving up to marry".  I do not really have a paraphrase for these lines but I love them:
"Learn response on Boredom's bed,
Deep anonymous, unread,
And the god of Literature,
Will touch a moment to endure".
Kavanagh, as I naively perhaps see it, is in partially revolt against Yeats but he knows he cannot escape his shadow.  In a way he seems to be faulting Yeats for not being ordinary as he means it.
"Yeats" is a near direct attack on the master.  He says of him "Ah, cautious man whom no sin depraves".   Here are the last four lines of the poem:
"yes, Yeats, it was damn easy for you, protected
By the middle classes and the Big Houses,
To talk about the sixty-year old public protected
man sheltered by the dim Victorian Muses".
OK of course one can see jealousy and envy in this from  a man who struggled at times just to live but it is much more and deeper than that.
From The Poetry Foundation:
Patrick Kavanagh was an Irish poet who also wrote fiction, autobiography, and numerous articles for Irish periodicals. Many critics and Irish literary figures have called him the nation's best poet since William Butler Yeats, and one of his long poems, "The Great Hunger," is widely regarded as a work of major importance. Even Kavanagh's admirers, however, find his writing difficult to characterize. "There is a sense in which Kavanagh may be said to defy criticism," Anthony Cronin wrote inHeritage Now. "You can look in vain in his poems for elaborate metaphors, correspondences, symbols and symbolic extensions of meaning . . . neither is there in his poems really anything that turns out to be a coherent life-view in the philosophical sense." As biographer John Nemo observed: "Kavanagh's point of view evolved primarily from his response to life, which was emotional rather than intellectual. . . . In place of the logic that directs the creative vision of poets like T. S. Eliot and W. B. Yeats, Kavanagh's creative faculties rely on inspiration and intuition. Artistically, he reacts rather than acts. Unlike many modern poets, his poems are not assembled piecemeal like contemporary sculptures but are delivered whole from the creative womb." Louise Bogan said in New Yorker that the poet had "an astonishing talent" that "kept on renewing itself not so much by a process of orderly growth as by a continual breaching of boundaries."
I think the next Irish poet from this anthology on whom I post will be John Hewitt.  I need help to begin to understand Irish poetry.  If I am wrong, please tell me.
Mel u