Vijay Dan Detha, shown here with translator Christi A. Merrill, is one of India's leading story writers and among the most eminent writing in Rajasthani today. Winner of a Sahitya Akademi award, he is co-founder with Komal Kothari of the Rupayan Samsthan, an institution that documents Rajasthani folklore, art and music. He is the author of Baatan ri Phulwadi (A Garden of Tales), a fourteen-volume collection of stories that draws on the folklore and spoken dialects of Rajasthan. Several collections of Dan Detha's stories (including Uljhan and Duvidha) have been translated into Hindi by the poet Kailash Kabir, where they have enjoyed wide critical acclaim.  He was considered in 2011 a favorite for the Nobel Prize.
Read "Untold Hitlers" here

"A picture was left behind them on the road, waiting for expert appraisal. Brain-white smudges on a blood-red background. Shards of broken glass. A man's dead body. White shorts. Bloodied sky-blue undershirt. Mashed dreams. Streams of love. The painting wasn't bad!
But . . . paintings of the two world wars, pictures of Hiroshima and Nagasaki, of Viet Nam, of Bangladesh . . . those are the true masterpieces. Compared to this painting, those are so much more refined, so much more complex. This one doesn't compare. Still, considering it was done by rustics, it wasn't so bad.
Yes, the five were only men. Each man spoke like a man. Each man walked like a man." From "Untold Hitlers"
In Observation of Independence Day, August 15
The more I read on in Indian short stories, the more I feel overwhelmed by the depth and breadth of the reading area.  I know there are so many wonderful writers I will die never having even heard about much less read.
It takes a certain about of audacity to title a short story, "Untold Hitlers" and I think Vijay Dan Detha (1926, Rajasthan,India) has written a story more than up to the challenge.  It may make us see the Hitler in ourselves.  As the story opens five cousins, all farmers are going into town to buy a tractor. They have been saving for years and they are very confident that it will make them rich men.  The story takes place a around 1950 or so.
When the cousins get to the tractor dealership they are glad to see the owner himself will attend to them.  He begins to skillfully flatter them about how wealthy enterprising farmers like them have become since Independence. The cousins tell him they want a tractor today.  Like any good salesman, the owner says for men of your importance I will make special arrangements so you can take home a great tractor today, a Massey Ferguson. It is such a thing of beauty and wonder the men embellish it with many garlands and flower and paint a swastika on the front (an ancient Indian symbol). They took the bus to town but they will ride the tractor home, expecting a triumphant greeting by their wives.
As they ride along, a cyclist is in front of them and he is out racing them.  The men are outraged, how can this man, they call him a "college punk", dare to race a Massey Ferguson tractor. As he gets further ahead, they fire up the tractor to higher speeds.  The man, who planned to marry his sweet heart once he competes in the All India Cycle Race (big prizes for top finishers).  He pushes himself to out run the tractor.  He imagines the face of his love.  A chain on his bike breaks and he pulls aside, the cousins go wild with joy,he will not shame them.   He fixes the cycle and passes the tractor, but he is but a man.  The ending of the story will make you think about why the story is called "Untold Hitlers". 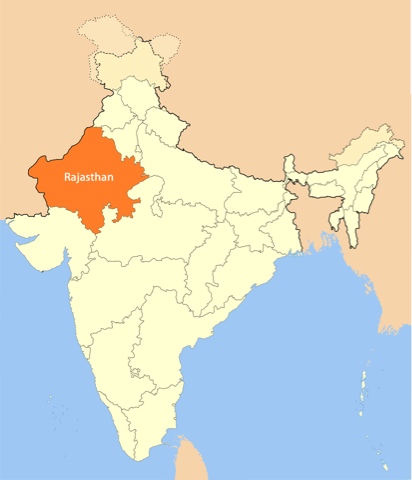 Please share your favorite Indian short stories with us.