Richard Murphy - "Sailing to an Island" and Other Poems 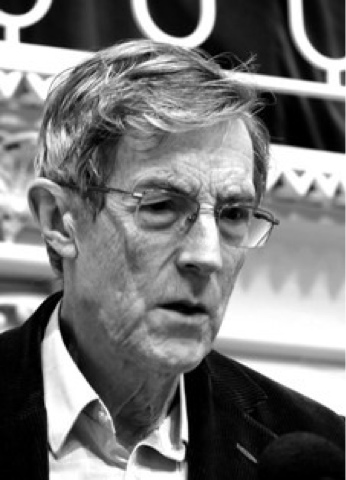 Richard Murphy was born eighty years ago in the West of Ireland into a Protestant Ascendancy family. He spent much of his early childhood in Ceylon where his father worked in the British colonial service. He was educated at a variety of mostly British private schools and at Oxford where he was tutored by CS Lewis. He later studied at the Sorbonne and taught. In the early Fifties he returned to the West of Ireland where he settled in the erstwhile fishing village of Cleggan.

Murphy bought a couple of boats and started a modest fishing business because he wanted to write about the sea in a realistic way. He was of the opinion that much writing then about the sea, particularly in poetry, was too metaphorical and the best way for him would be to experience the sea at first hand before writing about it. Cleggan was a village where fishing had been abandoned after a famous sailing disaster. Taking the first-hand accounts of survivors he wove the material into a long tour de force poem which closed his first collection Sailing to an Island, published in the early Sixties by Faber & Faber, at a time when other recent acquisitions to the publisher’s list included Philip Larkin, Ted Hughes and Thom Gunn.

I am slowly working my way through the magnificent anthology  edited by Wes Davis, An Anthology of Modern Irish Poetry.   I love this book but I do have, so far, two issues with it.   Davis has included a lot of selections from longer poems, I can't stand selections from a full work and think most people will see it as a waste of print space.   Also I would really like to see after every poem, the dead of publication.  If you buy an anthology of poetry, you should not have to Google the poems to see when they were written.

In my Q and A sessions with Irish writers (75 so far) i asked many authors how they felt the proximity to the sea has impacted Irish literature and the Irish psyche.   The answers ranged from very profoundly, to somewhat, to "I don't know".

Richard Murphy is a poet of the Irish Sea, of Galway Bay.   In a way his poems seem to me about a nostalgia for a fading way of life.   The independent fisherman working in his small boat is being replaced in the early 1960s by factory ships, large boats which require a several man crew and big money support.

"Sailing to an Island" (1962) is his most famous poem.   It is a very beautiful person account of a man a on his small boat sailing out to an an island of the west coast of Ireland.  The structure of the poem lets us feel the movement of the boat in the water.  This is a very detailed observant poem.  Here is a wonderful fragment

"Encased in a mirage, steam on the water,

Loosely we coast where hideous rocks jag,
An acropolis of cormorants, an extinct
Volcano where spiders spin, a purgatory
Guarded by hags and bristled with breakers.

The breeze as we plunge slowly stiffens:
There are hills of sea between us and land,
Between our hopes and the island harbour.
A child vomits. The boat veers and bucks.
There is no refuge on the gannet’s cliff.
We are far, far out: the hull is rotten,
The spars are splitting, the rigging is frayed,
And our helmsman laughs uncautiously. "
(If you do a Google search, you can read this online) 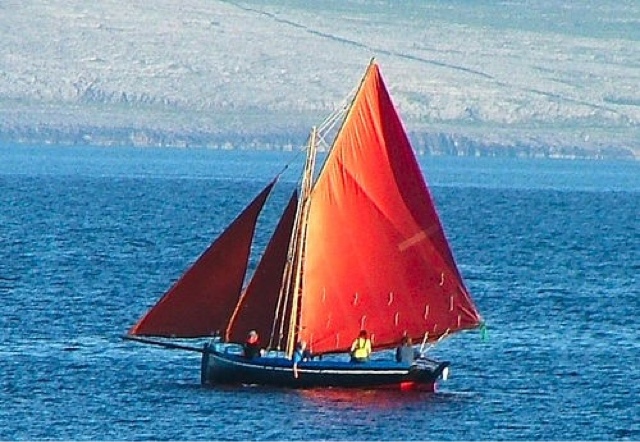 "The Last Galway Hooker" is about a kind of boat that people employed in Galway Bay for centuries.   (As I Google searched "Galway Hooker" I imagined myself explaining to my wife what I was looking for).  It is a love song to a boat and a fading way of life. As in the prior poem, you can feel the rhythms of Galway Bay in the form and structure of the poem.   You can feel the love for the sea in this work.
NEWGRANGE
Brought to a brumal standstill, here I lie
Obliquely floored, mouth curbed by stones that speak
In pick-dressed spirals, egghead sucked bone dry,
Waiting for dawn inside my skull to streak.

Sungod and riverbride died in my bed
To live as bead and elkshorn under earth.
One cairn eye stayed open to feed the dead
A ray of wintry hope, fixed on rebirth.

Up a dark passage, brightening from far back,
A sunbeam seeks my carved leakproof abode.
As pollen dust ignites my pebble stack
The tomb I’ve made becomes a vivid road.

Once a year it may strike me, a pure gift
Making light work, a mound of greywacke lift.
Mel u