Karen Russell graduated from Columbia University's MFA program in 2006. Her stories have been featured inThe Best American Short Stories, Conjunctions, Granta, The New Yorker, Oxford American, and Zoetrope. Her first book of short stories, St. Lucy's Home for Girls Raised by Wolves, was published in September 2006. In November 2009, she was named a National Book Foundation "5 Under 35" honoree. In June 2010, she was named a New Yorker "20 Under 40" honoree. Her first novel, Swamplandia!, was published in February 2011.
She lives in Washington Heights, New York. 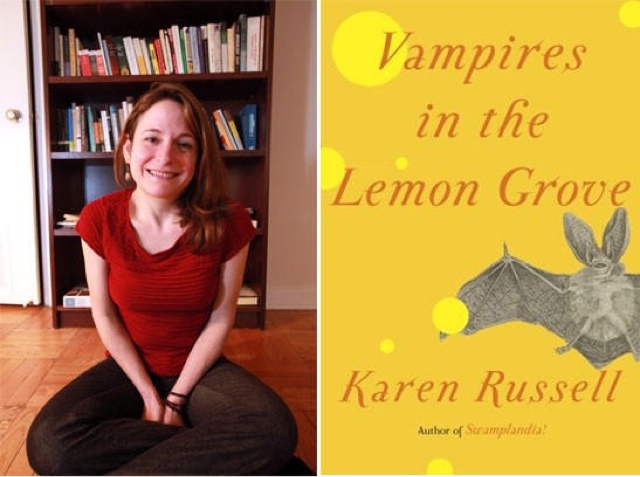 Everybody loves Karen Russell.  The future of the American short story is very secure.  She is the author of the novel Swamplandia and a prior collection of short stories, St. Lucy's Home for Girls Raised by Wolves. (She certainly has a knack for picking book titles.).
"Vampires in the Lemon Grove", the lead and title story takes the vampire story, throws out a lot of the things we have been conditioned to believe.  These vampires can walk in the sun and don't have to sleep in coffins.  The vampires are a couple, they feel like long married people.  They have trying to get away from blood, they don't really like to kill.  They have lived all over the world and have found lemons   To be the best blood substitute.   The fun in the story is in the relationship of the two vampires.  The woman decides thirty years in an Italian grove is long enough.  The man really doesn't want to leave the grove.  Lurking under the story is an urge to go back to the roots of vampires, killing humans.
This is just a perfect story, funny, and insightful.  Who would ever think of a pair of vampires as an old married couple.
Mel u 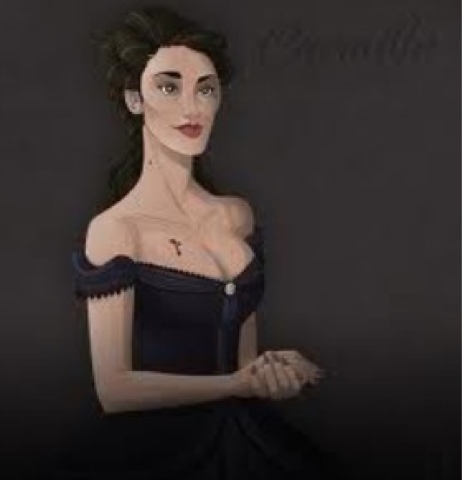