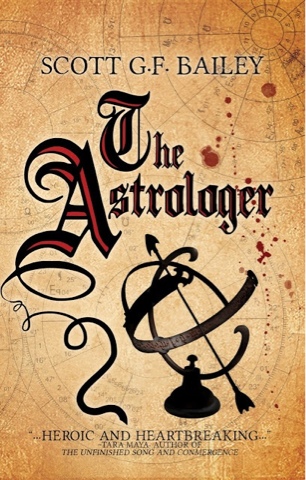 The Astrologer by Scott F. G. Bailey is a first rate historical novel set in the opening years of the seventeenth century in Denmark, at the royal court.  The lead character, the royal astrologer, Soren Adersmann, was a protege of the pioneering astronomer Tycho Bache (1546 to 1601).  In the period of the novel, there was little or no distinction between observational astronomy and what we called astrology.   The line between science, religion, and superstitions were not just blurred, the concept of the separations between these factors had just begun to evolve.  The Renissance came later to Scandanavia than it did more southern parts of Europe.  The only real way for what we call pure scientists to work was under the patronage of royal courts.  Bailey does a brilliant job of showing how the blurring of distinctions we take for granted impact the thinking of the time.  Tycho Bache was murdered in October 1601, the story line is in part, it begins in December 1601, driven by Soren seeking to discover who killed him as he seeks revenge.

Much of the plot action revolves around activities at the Royal Danish Court.  What matters most is the will of the king.  It is a blood thirsty time where people die at a whim.   Soren is drawn into conspiracies at court.  In one very interesting segment the Queen demands that Soren cast a horoscope for her son, in his teens, that will persuade the king to keep him out of a forthcoming battle. If he does not do what she wants she could have him killed and if the king finds out he certainly will die a painful death.

The prose of The Astrologer has an old fashioned majestic feel that fits the setting and time perfectly.  Bailey made court life very real for me.  We can see Soren knows he is an intellectual time of paradigm flux, the old faith based models of understanding the universe no longer seem valid but to openly question them is serious heresy.

Lots of exciting things happen in the novel and I was kept inthralled by the many intriuquing plot twists and turns.   I learned something things about Danish history from this obviously well researched novel. I must admit I did not know Denmark had poisoness snakes and one plays a crucial deadly, and I must say hilarious, in a murder and revenge theme that is central to the novel.

I found this a tremendously entertaining novel beautifully crafted by a very aware artist.  There are fights, conspiracies, things, memories and people are not what we first think they are.

I recommend The Astrologer to all who like well researched superbly written historical fiction.  I look forward to reading more of his work.

Scott G.F. Bailey is the author of the novels The Astrologer (March 2013) and The Transcendental Detective(coming November 2013).

Scott Bailey is pretty sure he was born in Beaufort, South Carolina. His mother insists she needed a vacation at the beach even though she was nine months pregnant, which is how Bailey was born somewhere his family never lived. This was in the Sixties, so the story goes. Bailey's youth was spent in various Southern cities in houses that no longer stand, in neighborhoods that have radically changed. After high school Bailey ended up in Denver, Colorado where he studied commercial art. Later he studied political science at university while also playing electric guitar in a variety of punk/alternative/rock bands. Meanwhile, his non-fiction essays about music and politics were being published in Denver magazines such as Lost and The Surrogate.


In 1989 Bailey moved to Seattle, Washington where he did not become the next big thing in the music scene. Instead, he began writing fiction and working in offices, which turn out to be much the same thing. His first published short story, "The Solicitor's Clerk," appeared in the Summer 2005 issue of The First Line and his most recent published work, "Under the Shade of the Silver Birches," appeared in the collection Variations on a Theme (The Literary Lab, 2013).


Bailey currently labors and sleeps in Seattle. He plays violin sometimes, concentrating on music written by composers whose names begin with B, in keys with five or fewer accidentals. He spends his leisure time working on the 1926 house he shares with his partner, or he is somewhere writing stories. Bailey is certain that his best work is still ahead of him. 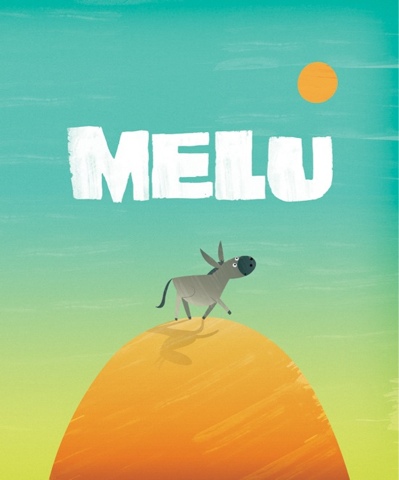