Out of the Ruins by Sue Guiney (2014, Ward Wood Publishing) 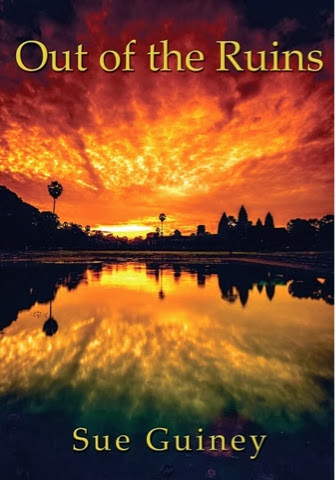 Out of the Ruins is the second novel, both set in Cambodia, by Sue Guiney I have had the pleasure of reading.  Here is part of what I said about the first of her novels, Clash of Innocents:
A Clash of innocents is a beautifully written, heart warming very insightful story centering on the lives of a sixty year old woman from Ohio running an orphanage in Phnom Penh, Cambodia, a volunteer, Amanda, with a mysterious past, an Australian mine sweeper, and a wonderfully realized cast of children plus a few other fascinating persons.
I would not really call Out of the Ruins a sequel to Clash of  Innocents but several of the people we got to know and like in Guiney's first novel are back.  The orphanage director, Kyle the Australian, and several of the children, grown a bit older delightfully return.  The story centers on a women's free health center volunteer doctors  start up in Siem Reap, Cambodia.  There are really three important new characters, two are doctors volunteering their time and one is a clinic director.  I said before, it is often a restless spirit or a deep sadness with your own culture that takes people from first world comfort and even luxury to move, even for a while, to the third world.  Part of the mystery and intrigue of Out of the Ruins, is seeing this emerge.  One of the doctor's has a terrible secret and the other finds love  where they never expected it.  We also see the different and shifting expectations the people in the novel have of each other and the ways very different cultural backgrounds shape expectations.
It was a lot of fun to see the shaky start of the clinic, especially to see how one of the late teenage girls from the orphanage helped get the first patients by almost dragging pregnant women in off the streets.  Guiney is very good at letting us see how their circumstances cause the characters's to develop.
There is romance, excitement, medical emergencies and scenes of the dark side of Cambodia, child prostitution in Out of the Ruins.  At first the ending shocked me but then I started to think about it and it made sense.
I greatly enjoyed this book and hope to read numerous more novels by Sue Guiney.
You can learn more about Sue and her writing work shops with at risk children in Cambodia on her web page
http://sueguiney.com/
I have posted  twenty stories and poems by students from her workshop and hope to post more.
From the publisher's web page

Out of the Ruins begins with one Cambodian doctor’s frustration over how the poor women in his country are dying needlessly. He reaches out to friends to help him create a new clinic for the local villages around Siem Reap’s world famous temples, and they answer his call.

Irish Dr Diarmuid arrives with his English assistant, Dr Gemma, and Canadian administrator Mr Fred. Together they create a place where the poor women of Cambodia can find the basic care that so much of the world has long since taken for granted.

The young and ambitious Cambodian nurse Srey acts as interpreter and doorway into the trust of the local community, but her idealised view of western medicine will be seriously shaken.

Tradition collides with science as East meets West, and though the doctors are all too eager to help, they have much to learn about their own personal demons in this desperate and seductive society.

Writer Sue Guiney finds beauty in the most desperate situations.
The Bangkok Post
You’ll want to read this book if you’ve been to Cambodia – you’ll understand a lot that you didn’t at the time. And you’ll want to read it if you’ve never been and never will. It’s just a story very well told.
John Burgess, author of A Woman of Angkor
A wonderful haunting novel that now rates as one of my favourites.
Lynda Renham, bestselling author of Pink Wellies and Flat Caps
This is a story that will grip you, with its very real and flawed protagonists and fascinating setting. I read the book straight through, I was utterly absorbed.
Tania Hershman, author of My Mother is an Upright Piano 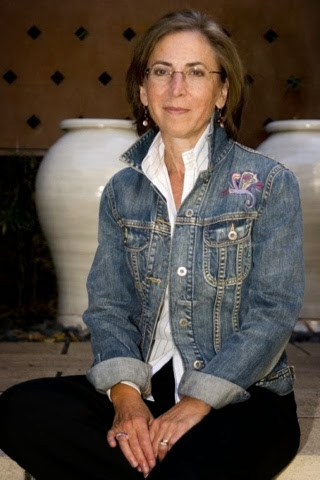 Sue has lived in London for nearly twenty years where she writes and teaches fiction, poetry and plays. Her work has appeared in important literary journals on both sides of the Atlantic, and her first book, published by Bluechrome Publishing in 2006, is the text of her poetry play, Dreams of May and has now been relaunched by Ward Wood. which premiered in London’s Pentameters Theatre. Ward Wood has also publish her poetry collection Her Life Collected and her first Cambodian novel A Clash of Innocents