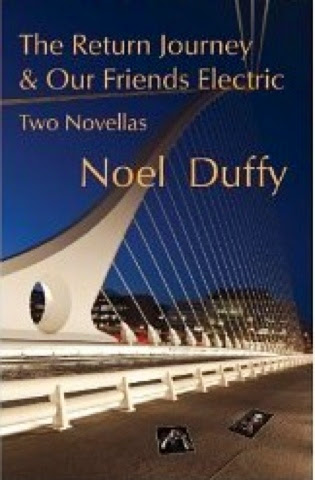 During last years Irish Short Story Month I was very honored to be able to share a Question and Answer Session with Noel Duffy.  I have also posted on his superb collection of poetry, Library of Lost Objects.  Here is part of what I said:
"A lot of the short stories, novels and the previous two collections of  Twenty First century Irish poetry I posted on focused on the "dark streets of Dublin" and are in many ways poems and stories of rage at injustice, partially fueled by the fall of the Irish economy.  I am glad to see Noel Duffy has risen above these preoccupations.  Most of the other Irish works I have read can be seen as working out the consequences of hundreds of years of colonial rule.  Duffy has also transcended this.  He does have significant elements of continuity with my reading of Irish literature.  Following the lead of Declan Kiberd who takes his clues from Edward Said I did see a preoccupation with the missing Irish father in his poems.  He is also very Dublin based, but not obsessively so to the point where outsiders cannot understand his references without a Google search.  He is a man of a city.  It is Dublin but it could be Paris, Rome, or New York City.  He has moved beyond the fetishing of Irish history.   I see a literary application of Heisenberg's principle of uncertainty, an understanding of the meaning of Salvador Dali's fluidity of memory, I see someone who is used to not being understood, who knows more than he can explain, who withdraws when he senses he is not understood. He is used to that.  There are preoccupations in his poems with bees, other insects, death scenes, partings, decaying cultures, old books and childhood memories.   I feel deep aloneness.  Deep sadness but I do not feel the anger and bitterness of many Irish writers.  I see someone who seeks refuge in absurdity, in beehives (I will talk this more latter), in old books,in people who can talk through the night.  I feel a deep treasuring of the poetic tradition of Ireland.  There are open wounds in these poems,wounds much loved.  I feel the poet cherishes his pain as proof he is still alive."
The Return Journey (published by Ward Wood in The Return Journey and Our Friends Electric- Two Novellas) is in many ways a working out of the themes I discerned in the poetry collection.  The lead character lives in Bern and works for a big insurance company.  He has no wife, little family, and few if any friends. He is doing well in the company.   Duffy does a very good job of showing the difficulties of having to work in a corporate environment rife with all sorts of petty politics, surrounded by people you have to humor to get through the day.  People that have never heard of William Butler Yeats.  The man's boss is a petty tyrant who delights in making him, and all who work for him, come to his office to go over the slightest mistakes in their work, keeping people constantly in fear that he might sack them if they are not subservient enough.  One day the boss calls him into the office.  It seems he may have made a very big mistake, paying a widow three times the life insurance benefit she was entitled to on the passing of her husband.  The boss is in his glory, thinking he has "got" the man where he wants him. He tells him they will have a meeting with higher ups with this on Monday.
At first the man figures he has made a terrible error, the amount equals three years of his pay, and will be sacked.  Then he discovers he was right, the amount was correct and his boss did not understand the policy.  He decides just to wait for the big meeting, let his boss accuse him, then explain irrefutably that he paid the right amount.  I don't want to tell to much of the plot but he after the meeting quits his job and decides to go to Dublin for a while to clear his head.  The man has a deeply pervasive feeling of emptiness in his life, In Dublin, he seeks to be anonymous, he gets a simple room, tries to learn to speak as if he were Dublin born.
The story switches a bit back and forth in time.  Much of the story is spent at a B and B where he had gone to get away, he had enough money from an inheritance to hold him over for quite a while.  He begins reading the deepest European philosophers, Spinoza and Kant. I really liked these lines 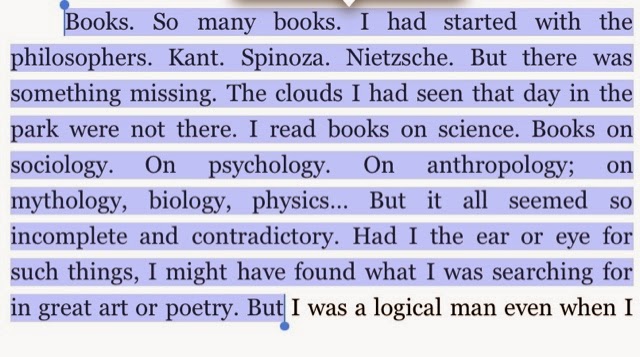 He seeks something but he knows not what.  A year goes by in Dublin, I enjoyed the feel of Dublin a lot, he can pass for Irish.  He is very much a loner but I do not sense he feels lonely.
I do not wish to tell more of the perfectly realized understated plot so you can experience it undirected.
I like the quiet depth of this story, the sense it conveys of not feeling connected. I think the man has, at least partially cultivated himself out of the comfort zone of most people.  In this it brought to mind a character in the great Japanese master, Junichiro Tanazaki's The Nettles.  As I pondered this I somehow felt a similarity in Duffy's story to WWIi Japanese fiction before the turn to magic realism and stories of extreme violence and corruption became the norm. I see the Japanese post WWII novel as one of the great cultural treasures of the world and I think those educated in this tradition will very much appreciate Duffy's quiet wisdom.  To expand this, I have said that the Japanese post WWIi novel has as its grand theme the working out of the consequences of their defeat in WWII and the fall of the emperor from divinity.  The Japanese writers I have read seek to create meaning in a world where the old certainties are destroyed.  This can be seen as related to Declan Kiberd's contention that the dominant theme in modern Irish literature is that of the weak or missing father.   I like how Duffy lets us feel the emptiness in the man without going to any extremes of anger.
This is very much an enjoyable read.  Who does not like seeing a pompous idiot boss get his comeuppance?  We also meet an Australian woman staying at the same B and B and watch to see if the man is interested in her.  We get to hang out in Dublin.   I liked the ending, it felt right.
I recommend this work to any one who appreciates a fine story.
I will soon read and post on the second work in the collection, Our Friends Electric and Duffy's new collection of poetry.
A link to my Q and A with Noel Duffy -a very wide ranging session which anyone interested in Irish literature should read
Shauna Gilligan's very interesting interview with Noel Duffy
http://shaunaswriting.com/wordpress/2013/10/new-interview-with-writer-noel-duffy-part-one/
http://rereadinglives.blogspot.com/2013/04/noel-duffy-question-and-answer-session.html
My post on The Library of Lost Objects and other Poems
http://rereadinglives.blogspot.com/2013/08/in-library-of-lost-objects-by-noel.html
From the publisher's Web Page

Late for an important meeting, Swiss life insurance broker Hermann stops to tie his shoelace. When he stands up everything has changed. Unable to understand what has happened, Hermann knows only that he must leave his life in Switzerland behind and set off on a search for understanding. Moving between Zurich, Dublin, and Ireland’s Atlantic coast, The Return Journey is a novella in the tradition of Hamsun and Camus, exploring the limits of the human quest for understanding, and the possibilities of redemption within a world stripped of its traditional meanings.

‘This is a serious piece of work, skilfully and movingly accomplished.’
Lindsay Clarke, author of The Chymical Wedding, winner of the Whitbread Prize for Fiction.

It’s 2009 and a long time since Depeche Mode topped the charts but that doesn’t bother Tom. Classic music is classic music because it doesn’t date. Tom has recently moved in with the beautiful Lisa, a musician. He hopes their shared love of music will bring them even closer together but, unluckily for Tom, Lisa thinks he is stuck in the past and the most embarrassing part of the past ever as far as she is concerned: circa 1979-83. Our Friends Electric is a slyly comic take on the modern dating game, played out to the backdrop of music from a decade some people pretend they would rather see forgotten.

Noel Duffy was born in Dublin in 1971 and studied Experimental Physics at Trinity College, Dublin. After a brief period in research he turned his hand to writing and went on to co-edit (with Theo Dorgan) the anthology Watching the River Flow: A Century in Irish Poetry (Poetry Ireland, 1999). He was the winner in 2003 of the START Chapbook Prize for Poetry for his collection, The Silence After and more recently the Firewords Poetry Award. A play,The Rainstorm, was produced for the Dublin Fringe Festival in 2006. His work has appeared widely in IrelandPoetry Ireland Review, Film Ireland and The Dublin Review) as well as in the UK, the US, Belgium and South Africa.  His poetry has also been broadcast on RTE Radio 1’s Sunday Miscellany and Today with Pat Kenny. He has also been a recipient of an Arts Council of Ireland Bursary for Literature in 2003 and 2012. 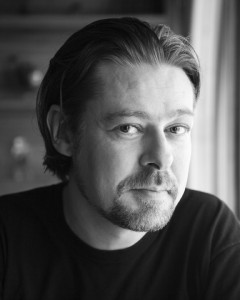 Noel holds an MA in Writing from the National University of Ireland, Galway, and has taught creative writing there as well as at the Irish Writers’ Centre, Dublin, and script writing at the Dublin Business School, Film & Media Department. He remains in Dublin.
Mel u