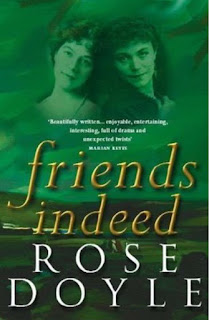 My Post on The Flight of the Wrens by Orla McAlinden

"The Wrens of the Curragh were an outcast community of 19th-century Irish women who lived rough, brutally hard lives in an area called ‘The Curragh’ on the plains of Kildare. The name comes from the shelters they lived in, hollowed out “nests” in the ground which they covered with layers of furze.
Throughout the 50-odd years they lived on the plains of Kildare, they were reviled, stoned, beaten, spat upon and abused. They were refused goods by local shopkeepers and were burned out of their nests. They died in ditches from exposure and disease. Even the workhouse refused them, putting them into low hovels separated from the main building.
They were ordinary women who through circumstance put themselves beyond the pale of respectable society.

They supported each other within their community such as it was; sharing the little they had. There was little choice for those who lived as Wrens, they were ostracised by society, church, state and community of origin.  Some preferred the relative dignity and control it offered them. Many others saw life on the Curragh as infinitely preferable to the workhouse.  With no means of earning a living the only thing they had were their bodies which they offered for payment to soldiers on the Curragh Camp." From https://irishorigins.wordpress.com/2017/11/06/the-wrens-of-the-curragh/. Irish Origins

Friends Indeed by Rose Doyle is the second work of fiction I have read focusing on a group of Irish women struggling to survive in the middle of the 19th century, a terrible time for the Irish.  I have read in several places that living conditions for most people were better in Calcutta than Dublin.

The Flight of the Wrens by Orla McAlinden begins at the height of the famine, 1848.  Friends Indeed by Rose Doyle begins ten years later.  Both are stories of a struggle of women to survive, of friendship and betrayal, both are stories of the Irish disapora. The two books are very different.  I strongly urge anyone interested in the lives of Irish Women in the 19th century to read both these fine works.

Friends Indeed centers on the life long relationship of two young Irish women, Alicia is from an upper class family, Sarah grew up as the daughter of the family servant.  In the very exciting open of the novel Alicia has just returned from her school in Paris, Sarah and the family driver have picked her up at the docks.  As they make their way through Dublin, a herd of cattle starts go amuk, creating a very dangerous situation.  I felt like I was there.

Since Alicia has been gonemher family sold their pub and are now among the upper class.  Her mother is cold and judgemental, her father is sometimes doting but he is a serious drinker and is under the thumb of his wife.  A new servant woman seems to be running the house though Sarah's mother still works there.  Sarah rebels at the way the head servant treats her mother.  Compressing a lot, Sarah meets a British soldier stationed in Dublin.  She ends up pregnant and gets thrown out of the house.  Alicia joins her and has to learn to live poor.

Of course Sarah insists the soldier will marry her.  There are a lot of exciting, mostly sad, turns of events.  I don't want to give away too much of the plot but the major turn  is when Alicia and Sarah, in the company of a Dublin keeper of a baudy house move to the Wren Colony.  Doyle does a very good job describing the colony.

There are numerous interesting segments.  We get an inside look at an infamous Magdalene Laundry, we go along on a meeting with a major general, and we take a boat ride to America.

Friends Indeed kept me very interested.  The characters, major and minor, were very real.  I cared about both of the women.

If you enjoy an exciting very well researched set in Ireland historical novel, then I highly endorse Friends  Indeed.

Rose Doyle is a writer and journalist. Her novels include Fate and Tomorrow (set in the Congo in 1902) and Shadows Will Fall , both international bestsellers. Trade Names, the book of her long-running series in The Irish Times, was published by New Island in 2004. In 2005 she contributed to New Island's successful Open Door series with The Story of Joe Brown. Heroes of Jadotville: The Soldiers' Story was published in September 2006. Comdt Patrick Quinlan, who led the Irish UN troops at Jadotville, was her uncle...from Goodreads.

The Wrens are a perfect subject for a movie or series

This historical fiction sounds intriguing. The Wrens do sound like they'd make good subjects for a film or mini series.