Sense and Sensibility by Jane Austen - 1818 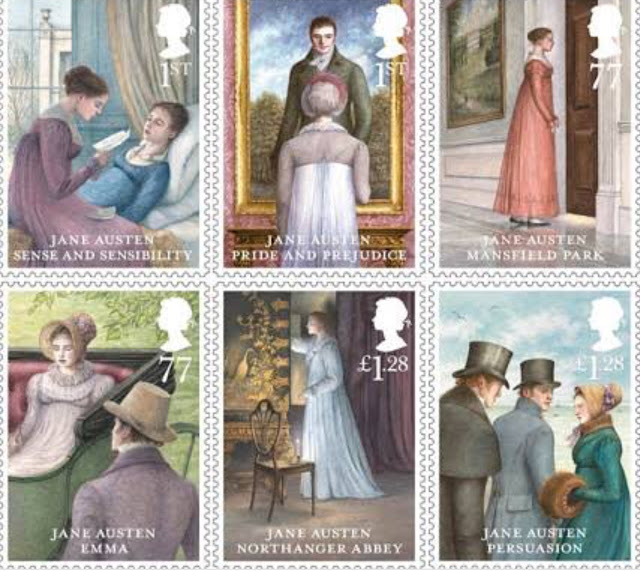 Long ago I should have read all six of Jane Austen's novels.  I hope to have read them all by year end.  I have recently seen on Netflix the latest versions of Pride and Prejudice and Sense and Sensibility.  Like Pride and Prejudice, Sense and Sensibility focuses on the marriage propects of young adult daughters.   My wife and I have three unmarried daughters, 21, 23, and 25 and we often talk about our ideas for spouses for them.  In our minds the youngest is to marry the son of the owner of big beach resort (he has a crush on her), our middle daughter has a relationship with a very nice young man we favour, and our oldest daughter is very career minded.  This helps me relate to Austen's novels.

According to English inheritance laws in effect in the first decades of the 19th century, landed estates were required to be passed intact to sons.  In Sense and Sensibility we see how this can have devastating impact on daughters and surviving mothers. The novel centers on the Dashwood family, country gentry.  Mr. Dashwood's has a grown son from his first wife, now deceased.  He has three daughters with his second wife.  Unless he has a son, their estate, their main income, and their mansion (the movie shows them with twenty servants) will go to his son.  As Mr. Dashwood does get deathly sick he induced his son to promise to take care of his half-sisters.  He agrees but once the father passed the son's wife comvinces him it is best for all to give them just a small amount.

The son's wife soon takes over the house and makes it clear she wants the Dashwood family out.  They luckily are offered a smaller house on a relatives estate.  From here the romantic plots begin.

The influence of Austen on literature is huge.  If for no other reason serious literary autodidacts should read her six novels.  I will start Persuasion soon.