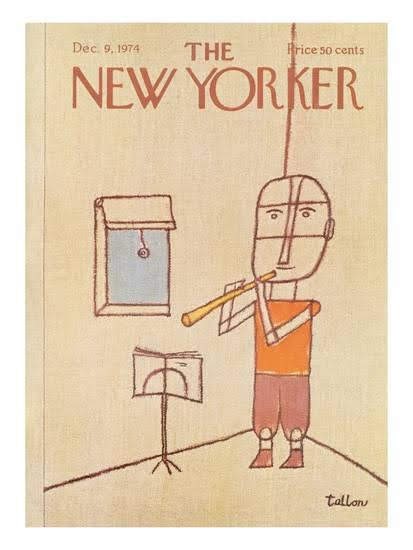 "In her preface to the present collection, Gallant advises her readers: “Stories are not chapters of novels. They should not be read one after another, as if they were meant to follow along. Read one. Shut the book. Read something else. Come back later. Stories can wait.” Such advice may be superfluous. When you finish each of Gallant’s stories, it’s instinctive to stop and regroup. As much as you might wish to resume and prolong the pleasure of reading, you feel that your brain and heart cannot, at least for the moment, process or absorb one word, one detail more." Francine Prose in her introduction to The Collected Short Stories of Mavis Gallant

I have been reading short stories by Mavis Gallant (born Montreal 1922, died Paris, 2014) since 2013.  I was delighted when a blogger I have happily followed for years, Buried in Print, announced they would be reading and posting on all her many short stories (116 published in The New Yorker alone) on a scheduled basis.   I am reading along with Buried in Print as I can.  I am a bit behind now but hope to catch up.  For sure the stories of Mavis Gallant are best read slowly.

For a very good account of today’s story, “irina”, i refer you to the post of Buried  in Print.  As i read on in Gallant, i am beginning to see her as part of a great Grand and more than a little sad tradition of European literary treatments of people somehow focused on a now decayed Cultural tradition which perhaps reached its apex in pre-World War Two Warsaw and in the glory days of The Anglo Hungarian Empire. People in Gallant’s stories have not yet found a new Cultural home.  They are kind of lost characters.  The central characters of “Irina” for me fit this pattern.  Irina is an elderly grandmother.  Her late husband was a famous writer.

The story opens near Christmas, one of Irina’s fourteen grandchildren, a young man, has been dispatched to move in with Irina and care for her.  The description of her late husband is, in my mind, supportive of my reading of Gallant:

“Few of Notte’s obituaries had even mentioned a family. Some of his literary acquaintances were surprised to learn there had been any children at all, though everyone paid homage to the soft, quiet wife to whom he had dedicated his books, the subject of his first rapturous poems. These poems, conventional verse for the most part, seldom translated out of German except by un-poetical research scholars, were thought to be the work of his youth. Actually, Notte was forty when he finally married, and Irina barely nineteen. The obituaries called Notte the last of a breed, the end of a Tolstoyan line of moral lightning rods.  an extinction which was probably hard on those writers who came after him, and still harder on his children. However, even to his family the old man had appeared to be the very archetype of a respected European novelist –prophet, dissuader, despairingly opposed to evil, crack-voiced after having made so many pronouncements. Otherwise, he was not all that typical as a Swiss or as a Western, liberal, Protestant European, for he neither saved, nor invested, nor hid, nor disguised his material returns.”

There is just so much in this story, as Buried in Print we have full pictures of several persons in Irina’s family, her husband, children and grandchildren .  We see generational issues, related to what I mentioned earlier.

There is so much depth and wisdom in these words about the end of a long marriage.

“But Irina had not been intended for sickness and suffering; she was meant to be burned dry and consumed by the ritual of him. The children believed that the end of his life would surely be the death of their mother. They did not really expect Irina to turn her face to the wall and die, but an exclusive, even a selfish, alliance with Notte had seemed her reason for being. As their father grew old, then truly old, then old in mind, and querulous, and unjust, they observed the patient tenderness with which she heeded his sulks and caprices, his almost insane commands.  sort of love they had ever experienced or tried to provoke. One of his sons saw Notte crying because Irina had buttered toast for him when he wanted it dry. She stroked the old man’s silky hair, smiling. The son hated this. Irina was diminishing a strong, proud man, making a senile child of him, just as Notte was enslaving and debasing her. At the same time the son felt a secret between the two, a mystery. He wondered then, but at no other time, if the secret might not be Irina’s invention and property.”

I read this story in The Collected Short Stories of Mavis Gallant, which contains about half of her stories.

One of the things that I love about her stories is the sense that every character in them could have their own story written about them. It's as though those untold and unwritten stories are hovering in the background somewhere, making the part we're reading that much more vibrant and complete. With this one, I also wondered, what good would I have done as a child guest sent to assist an older grandparent: very little, I think! :)

So happy to have you reading along, Mel. And don't worry about behind "behind". The posts will wait. (Anyway, I think the stories remaining for you are much shorter, that "Irina" was the last long one in this set.)