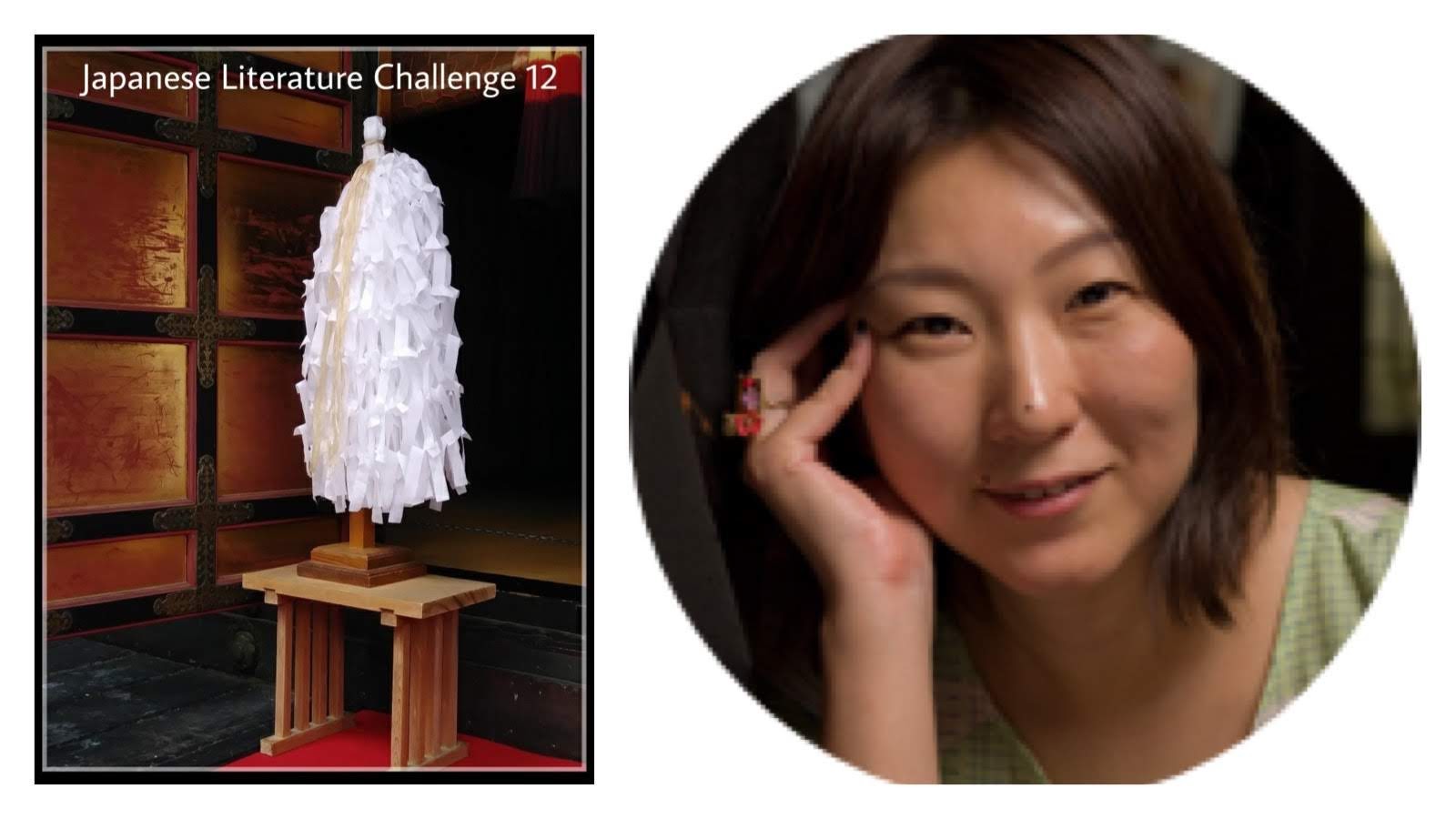 Works I have So Far Read for Japanese Literature 12

"“A dictionary is a ship that crosses the sea of words,” said Araki, with a sense that he was laying bare his innermost soul. “People travel on it and gather the small points of light floating on the dark surface of the waves. They do this in order to tell someone their thoughts accurately, using the best possible words. Without dictionaries, all any of us could do is linger before the vastness of the deep.”
― Shion Miura, The Great Passage

Only  four days into the new reading year, I may well have just finished the most moving, beautiful novel I will read in 2019, The Great Passage by Shion Miura. I also count it as a classic work about people who lead Reading Centered Lives. (Plus the central characters all love cats! Ok and the book made me think of Samuel Johnson working on his dictionary.)

As The Great Passage opens, Kohei knows his thiry seven  year career as an editor of dictionaries for Gembo Publishing is almost over.  He is in the opening stages of directing  the editing of a 2900 page dictionary of the Japanese langauge.  Before he retires he wants to find a new director, someone with a great passion for words, very committed to the project which will take another 13 years to finish.  We learn how he became invloved in the project in a marvelous open to the novel.

In the company’s sales department, he finds a perfect person for the job, Mitsuya Majime, a collector of old books, he lives through the books he reads.  He has a degree in linquistics and loves words, pondering their multiple meanings.  (It must have been very challenging to translate all the word meanings and I commend the translator for an elegant accomplishment.)

In his work he is joined by an elderly linguist scholar and a recruit from the marketing department, kind of an “anti-nerd" who fashions himself as a great ladies man, even though he is married with four children.  They also have a contract clerk, a forty year old woman, helping with the very detailed super challenging task.

Majime has for the last ten years rent a room in the house of an elderly lady.  They have become very close, he sees his parents once a year.  His books have taken over one of the three stories.  His co-workers tease him for having no romantic experience in his 27 years, it started out when he tried to write a definition of "love".  One day everything changes in a fashion you will really like when the landlady's beautiful daughter, a professional chef, moves in to take care of her grandmother. (The book also had wonderful loving descriptions of all sorts of food.)

The novel does a great job bringing out the very diverse types of people in the novel.  For sure I learned a lot about dictionary making and the publishing business in Japan.  The scenes set in the grsbdsughter's restaurant added tremendously to the novel.

The closing months of the dictionary editing were very exciting with everyone working against a deadline, with over fifty college students brought in to proof read the huge work.  There are several interesting subplots, all intriguing.

The work brings in classic Japanese works in a delightful fashion, in a way it is modeled on the classic 20th century work by Natsume Sōseki, Botchan.

Sadly this appears to be the only work by Shion Miura translated in a Kindle edition.  It is priced now at $0.99 and is included in the Kindle unlimited program.

There is a Japanese language movie and a four part animated manga style TV show based on the book.

These lines sometimes appear to tell my story

"No matter how poor he was at communicating with people, with books he could engage in deep, quiet dialogue.”
― Shion Miura, The Great Passage

Under the surface, Miura delves into profound philosophical questions,.

"“Words were necessary for creation. Kishibe imagined the primordial ocean that covered the surface of the earth long ago—a soupy, swirling liquid in a state of chaos. Inside every person there was a similar ocean. Only when that ocean was struck by the lightning of words could all come into being. Love, the human heart . . . Words gave things form so they could rise out of the dark sea.”
― Shion Miura, The Great Passage

Shion Miura, the daughter of a well-known Japanese classics scholar, started an online book-review column before she graduated from Waseda University. In 2000, she made her fiction debut with Kakuto suru mono ni mar (A Passing Grade for Those Who Fight), a novel based in part on her own experiences during her job hunt. In 2006, she won the Naoki Prize for her linked-story collection Mahoro ekimae Tada Benriken (The Handymen in Mahoro Town). Her other prominent novels include Kaze ga tsuyoku fuiteiru (The Wind Blows Hard), Kogure-so monogatari (The Kogure Apartments), and Ano ie ni kurasu yonin no onna (The Four Women Living in That House). Fune o amu (The Great Passage) received the Booksellers Award in Japan in 2012 and was developed into a major motion picture. She has also published more than fifteen collections of essays and is a manga aficionado.

Juliet Winters Carpenter attended the Inter-University Center for Japanese Language Studies in Tokyo. Her first translated book, Kobo Abe’s Mikkai (Secret Rendezvous), received the Japan-US Friendship Commission Prize for the Translation of Japanese Literature. In 2014, more than three decades later, Honkaku shosetsu (A True Novel), by Minae Mizumura, received the same award, as well as the Lewis Galantière Prize of the American Translators Association. Carpenter’s other translations—more than fifty—include nearly every genre of fiction and nonfiction, as well as film subtitles and song lyrics. A professor at Doshisha Women’s College of Liberal Arts in Kyoto, Carpenter has lived in Japan since 1975. She’s licensed to teach the Japanese instruments koto and shamisen and sings alto in the Kyoto City Philharmonic Chorus. She and her husband divide their time between Kyoto and Whidbey Island, Washington.

I love the quotes you added, your praise of this book, the fact that it deals eith literature and the love of cats. I can't wait to get to my copy already on my kindle!

Sounds wonderful! I just bought a copy and may well read it for the Japanese Literature Challenge.

This sounds wonderful, Mel. What a great way to begin the 12th Japanese Literature Reading Challenge!

Suko. It was a wonderful book.thanks so much for your comment.

What an interesting review! I’m going to add this book to my TBR list.

A Bookish Way of Life said...

Loved your review and the quotes you included. Makes me want to read this book ASAP. Thanks so much :)