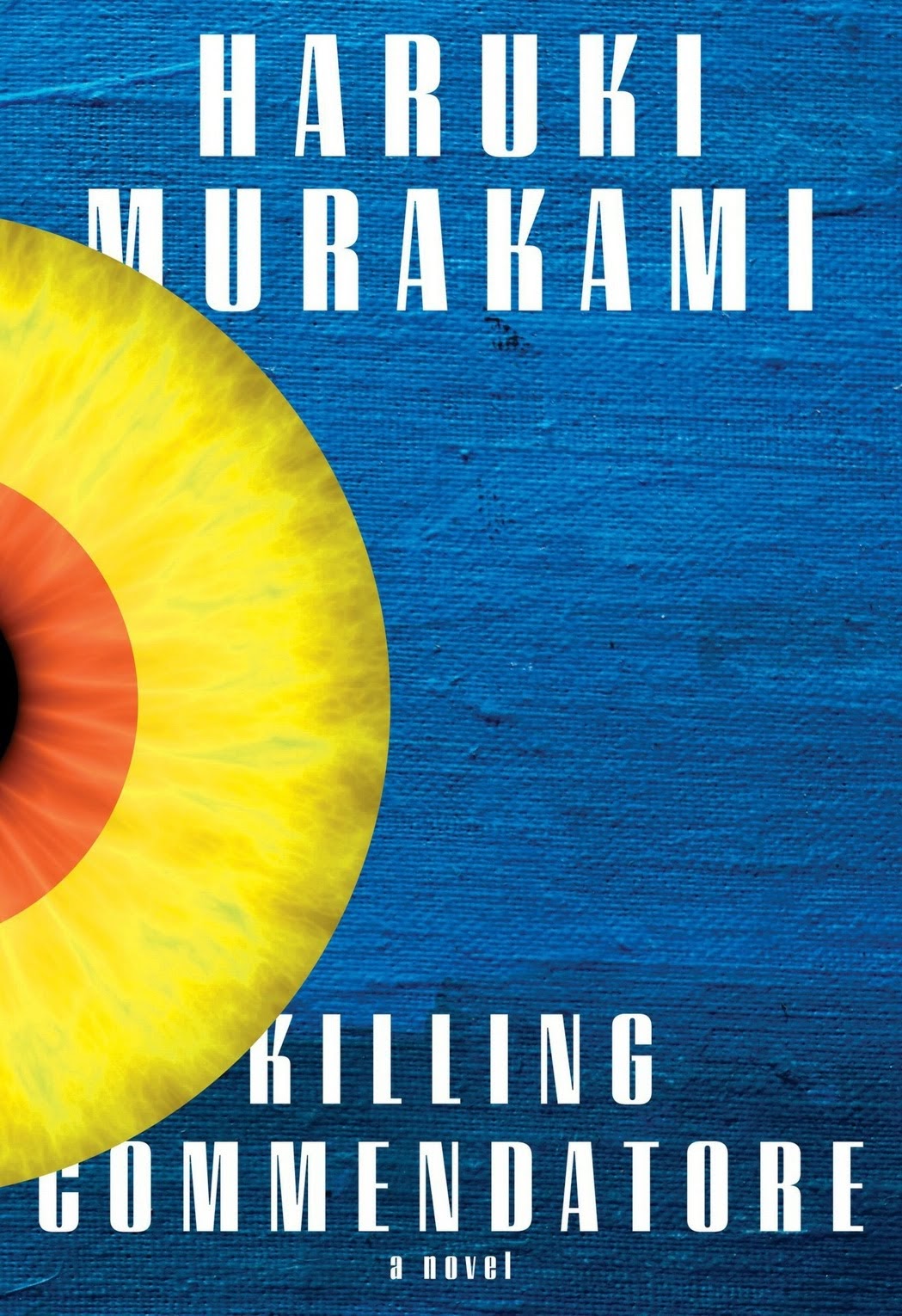 Works I have so far read for Japanese Literature 12

After Midnight by Huruki Murukami was my introduction to Japanese literature.  I read it in 2009 during JLC3.  As of today, I think I have read all his novels but Secret Library, plus several of his numerous short stories.

Killing Commendatore, his latest novel, has all the elements we have come to expect in his work.  The narrator, a 36 year  old recently divorced portrait painter, having given up his ambition to be a master artist to support his wife and himself.  When we meet him he has moved out of the apartment he shared with his wife.  He drives around at random for a while but soon settles in a house in the mountains owned by an old friend.  The friend's father, a famous artist, lived and worked in the house for a long time but is now in a nursing home.  The narrator, we never learn his name finds in the attic a painting the man left.  It is based on a scene from Mozart's Don Giovanni in which a character, Commendatore, is killed.  Thus the title of the book.  The narrator becomes obsessed with the painting.  He wonders why it was left hidden in an attic when it should be in a museum.  This becomes intregal to everything that follows.

The plot is involved, lots of unexpected things happen.  I don't want to layout thenplot, just make some observations.

There is lots of magic realism, characters out of the painting come to life, all are little people.  There is a mysterious wealthy neighbor.  Lots of great classical music references, jazz also, plus modern rock music.  There are plenty of literary allusions.  The narrator teaches art and is having an affair with one of his students, a married woman a bit older than him.  He meets his neighbor who commissions him to paint his portrait, offering him a very generous fee.  The neighbor asks him to do a portrait of a thirteen year old girl, one of his students.  The wealthy man thinks the girl might be his daughter.  From here things begin to get very weird so I won't go on.

I am preplexed by the constant references, sometimes two a page, to the breasts of the female characters. The thirteen year old girl is obsessed with worry over her lack of development and talks about it with the narrator as he paints her.  There are also numerous descriptions of nipples.  Every female character has her breasts judged, the bigger the better.  Just seems odd to me.

There are lots of great descriptions of the mountains, of food, of clothing, and much more.  There is a very suspenseful plot starting about halfway in that kept me wanting to know what will happen next.

I really enjoyed this book.  The characters are all very well developed.  There are literary tropes to ponder.  Murakami fans like me will smile through the little people, the magic realism.  As to all the constant breast references, well maybe Murakami just has a fixation or perhaps there are deep symbolic meanings.

What do you think?

Somethings are subject to cultural relativism.   I checked and the age of consent for sex is 13 in Japan.  In the Philippines it is 18 as it is in most of the USA and UK.   The Los Angeles Review of Books reviewer said Marukami's obsession with breasts seems a bit "pervy".     Does it seem that way to you?

I haven't read this one yet, but I'm on the hold list at the library. At the end of 2018, however, I read Norwegian Wood, which is a much earlier book but, even there, his descriptions of women's bosoms are all over the story. Which doesn't seem to fit the tone of the narrator in that case either (he, as a character, doesn't seem all that interested, even though apparently he is the one noticing)!

How is it that you haven't read The Secret Library? Is it just not as interesting? Or is it harder to get? It's a strange and charming bookish story. (I liked it a lot, but I didn't love it. And I rather thought that I would have.)