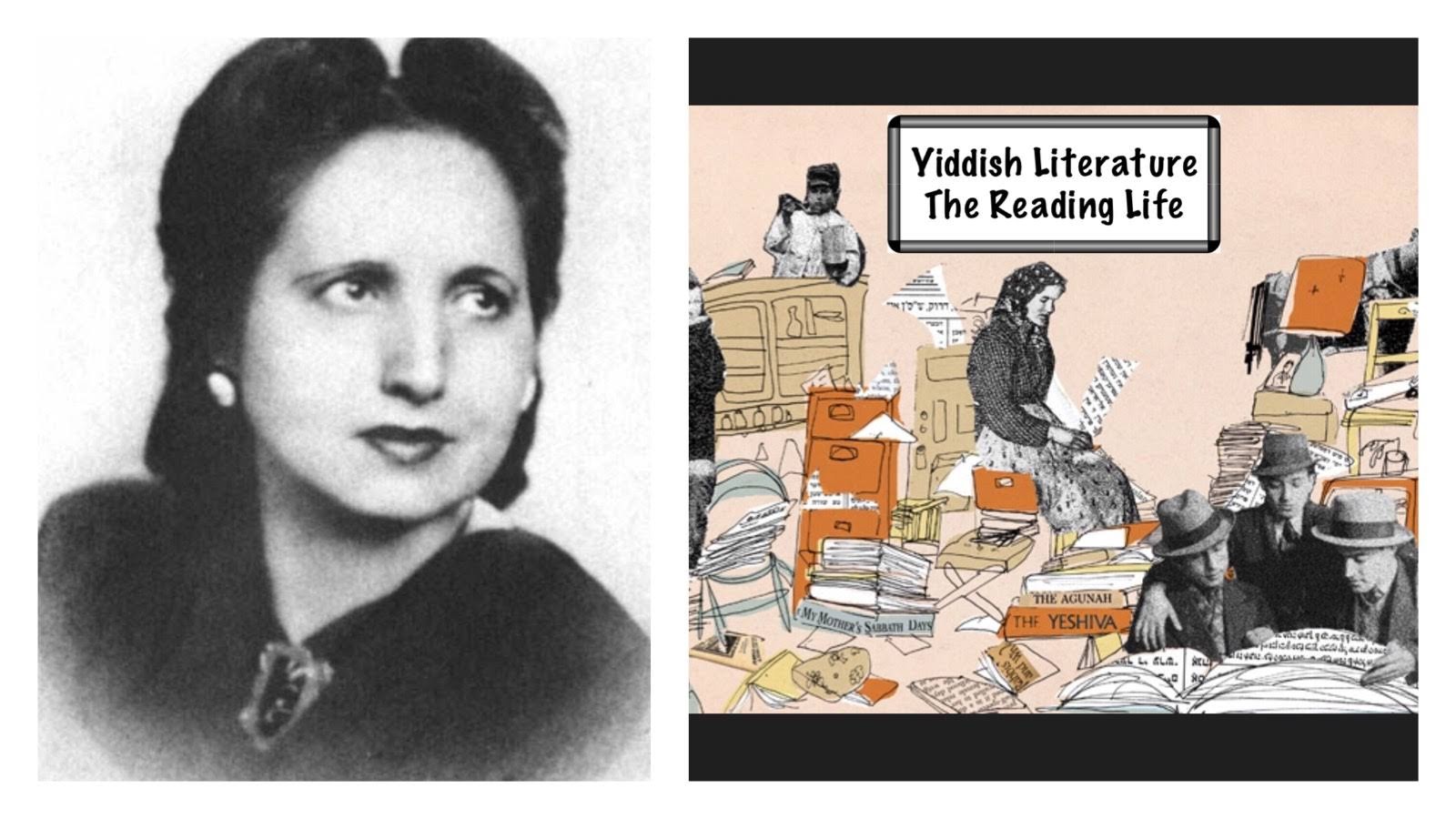 "She Found an Audience" 1954 - translated by Alisa Poskanger

Immigrated 1904 to Montreal, with her parents

Sarah Hamer-Jacklyn was a long time preformer in the Montreal Yiddish Theater.  Second to New York City, Montreal had a large number of Yiddish immigrants.  While merging with much success into Canadian society, they cherished their heritage.

In addition to acting, Hamer-Jacklyn was a very frrquent contributor of short stories to Yiddish language periodicals.

Both of today's stories demonstrate the theatrical influence on her work.

The longer story, "She Found an Audience" is narrated by an aspiring young writer named Sarah.  She is close friends with two other ambitious young women.  Dora, her group nick name is "Isodora", is studying to become an actor  and a dancer, Zina is striving to become a famous singer. We see Sarah and Zina making good advances.  Dora gets nowhere but finds an audience in a very unexpected venue

"In a Museum" is the story, many will find it overly smaltzy and predictable but it was fun to read.  The lead character is a young widow.  After her husband's best friend makes very unwanted advances she finds passion during a Museum visit.

There is a Holocaust related story by her in the anthology, I hope to post on it on Janusry 27, Internstional Holocaust Remembrance Day.

Sarah Hamer-Jacklyn (1905–1975) Born in Novoradomsk, Poland, Sarah Hamer-Jacklyn immigrated to Canada in 1914. Captivated by the Yiddish theatre in Toronto, she began her career as an actress and singer at sixteen. Retaining her love of Yiddish as well as her dramatic connection with the theatre, her short stories serialized in the Canadian Yiddish daily Der Keneder Adler, as well as in major literary journals, depict a wide range of subjects spanning shtetl life, Holocaust narratives, and women’s search for creative expression in America. Her collection of short stories, including Lebens un gestalten ( Lives and Portraits) and Shtamen un tsveygn ( Stumps and Branches), published in the 1940s and 1950s, were received with critical acclaim. From The Exile Book of Yiddish Women Writers / edited by Frieda Johles Forman