"But the Imperialist is not what he thinks or seems. He is a destroyer. He prepares the way for cosmopolitanism, and though his ambitions may be fulfilled, the earth that he inherits will be grey." 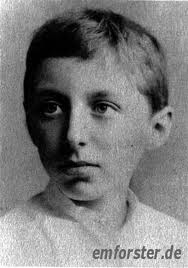 Last month I discovered something the rest of the literary book blog world knew a long time ago, it seems.   That discovery was the wonder, beauty and wisdom of the novels of E. M. Forster (Morgan-1879-1970-UK).   A Passage to India has been on my TBR list for a very long time.   I checked Dailylit.com and they did not have it.   I ended up subscribing to his very first novel Where Angels Fear to Trade.   I totally loved it and everyone said it paled in comparison to A Passage to India and Howards End.   I wanted to read A Passage to India next and was able to locate a Pdf of it online (all of his novels are in the public domain with the exception, I think, of Maurice which was published posthumously.)   It sad to note he wrote no novels for the last forty six years of his life!

Howards End is the name of a grand old house.   The house is really as much a character in the novel as any of the people.   There are three distinct groups of people in the novel, all with their ties to each other.  The Wilcoxes are affluent, very class conscious and the owners of the house.   The Schlegels are half-German (remember WWI is right on the door steps) and middle class.   The middle class Schlegels and the Wilcoxes have frequent social contact and their is romantic attraction between different family members and there is a marriage.  There is also a working class family in the mix.    Things get complicated and I will let you discover the plot yourself if you choose to read it one day.

I tried to formulate in my mind a kind of comparison of his two great novels.

If A Passage to India is Forster's War and Peace then  Howards End is his Sentimental Education.

I would really suggest one read all six novels in sequence now that I see what a great writer he is but  for most I would say first read Passage to India then Howards End then decide where to proceed on with Forster from there based on how you like him.

Here is a selection from Howards End that will give you a feel for Forster's prose style.

"She was parting from these Wilcoxes for the second time. Paul and his mother, ripple and great wave, had flowed into her life and ebbed out of it for ever. The ripple had left no traces behind:
the wave had strewn at her feet fragments torn from the unknown. A curious seeker, she stood for a while at the verge of the sea that tells so little, but tells a little, and watched the outgoing of this last tremendous tide. Her friend had vanished in agony, but not, she believed, in degradation. Her withdrawal had hinted at other things besides disease and pain. Some leave our life with tears, others with an insane frigidity; Mrs. Wilcox had taken the middle course, which only rarer natures can pursue. She had kept proportion. She had told a little of her grim secret to her friends, but not too much; she had shut up her heart--almost, but not entirely.
It is thus, if there is any rule, that we ought to die--neither as victim nor as fanatic, but as the seafarer who can greet with an equal eye the deep that he is entering, and the shore that he must leave."

I am reading his A Room with a View now as well as P. N. Furbank's biography of Forster.   Forster is an Iconic GLBT author.

Thanks for reminding me of this great author! I read Howard's End a long time ago when I was a naive reader. It didn't do much for me when I read it but it's one of those books that has stayed with me long after reading. After reading your thoughts I want to read it again!

I read/reviewed A Room with a View a while ago. You can read me thoughts here: http://www.theprairielibrary.com/2010/06/room-with-view-by-em-forster.html I love the movies of these two novels. They're such great stories!

It really does feel like Howards End and A Passage to India were written by two different authors! Howards End has always been my favorite - would love to reread it one of these days. Great post, as always, Mel.

I'm so glad you enjoyed this one. I agree Passage and Howards are incredibly different. There's something about the quiet subtlties of Howards that I just loved, but both novels are beautiful.

Howard's End is on my list to reread this year. I buzzed through it in college to take a test - like many of my books at that time. But now you have me thinking of reading A Passage to India first. Glad you loved them!

I first read Maurice back in the 1980's shortly after the Merchant Ivory film came out. Forster had a bit of a resurgence then.

I see what you mean about Howard's End and Passage to India. I've always though Passage to India was essentially the same characters from Howard's End, the women at least, taken to the subcontinent. I can sell a lot of similarities between the two in spite of how different they seem on the surface.

I think Passage to India is his best book, by the way.

Thanks for sharing! These two books have been on my TBR list for a long time. Try A Room with a View, I am sure you will like it! :)

Enjoy A Room With a View! I've only read this Forster novel and it was a delight :)

Great review. I only really know this author from Maurice, which I loved, but now I feel I have been missing out on a lot.