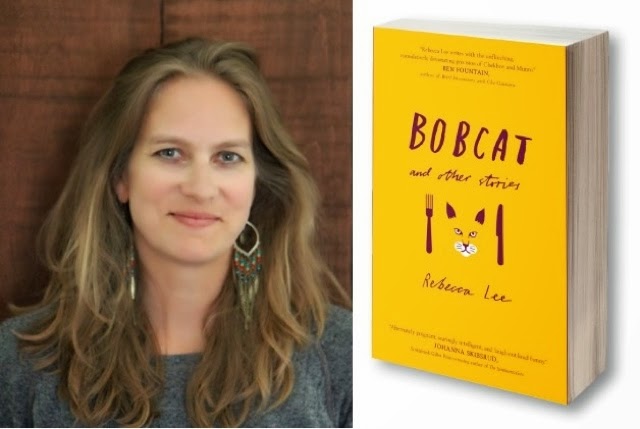 Rebecca Lee is the author of the critically acclaimed novel The City Is a Rising Tide and the short story collection Bobcat and Other Stories. She has been published in The Atlantic and Zoetrope, and in 2001 she received a National Magazine Award for her short fiction. Originally from Saskatchewan, Lee is a graduate of the Iowa Writers’ Workshop and is now a professor of creative writing at the University of North Carolina at Wilmington.

"Bobcat" is the title story in Rebecca Lee's highly regarded short story collection, Bobcat and Other Stories.  I have previously posted on her very good short story, "On the Shores of the Vistula", from the collection.  Both of these stories center on very educated, cultivated people with academic backgrounds.

"Bobcat" is set at the house party of affluent cultured Manhattan couple.  The wife is an attorney.  Her biggest case now involves a Hmong tribal man living in New York City.  His tradition rejects modern medicine as witchcraft.   He refused to allow his critically ill young daughter to receive Western medical care and she died as a result.  She and her partner are trying to keep him out of prison.

The story deals a lot with how people try to project themselves versus how we think they do.  It also makes a lot of subtle points about relationships.  Three of the people at the party have written books, one about a bobcat attack.   It was a lot of fun to read about the pre-party preparations and the food sounds great. I liked this story a lot.  I admit I liked "On the Shores of the Vistula" a little bit more.