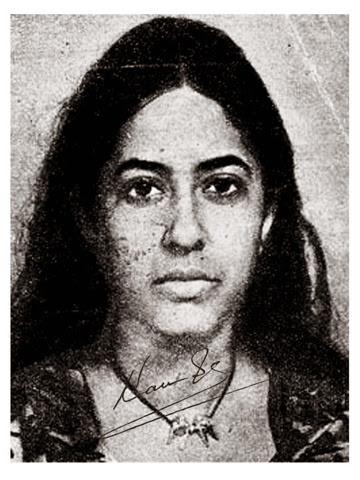 Flight" is the second story by Kerala Das which I have read.  Prior to this I read and posted on her "Sweet Milk", which, as does "Flight", focuses on a marriage.  (My post on "Sweet Milk" contains a link to the story.)
"Flight" is a very interesting story, told from the point of view of the wife, of a marriage between a very well known and successful sculptures and her older, now nearly paralyzed with illness husband.  The woman moves the family, no children are mentioned, to a rural a bit rundown house.  She now has to be the primary breadwinner in the family and her work becomes very much in demand.  In her heart she is glad her husband is paralyses as she hated his continual demand for sex.  She also enjoyed being the dominant partner.  There are interesting thoughts expressed about the dynamics of power within a marriage.  She hires a beautiful seventeen year old woman to pose for her work.  It seems, as her husband observers, that she is sucking the life blood out of the model as she sculpts her.  As the story closes, she walks in on her seemingly paralyzed husband and the model locked in a passionate embrace.
Kerala Das (1934 to 2009-Punnayurklam, Malabar District, India) was born  into a sucessful and prominent family.   Her mother was a famous poet, her father was  involved in the marketing of Rolls Royces and Bentleys in all of India.    Her native language was Malayalam, spoken by about 35 million people in southern India.   She also wrote in English but her short stories, which will be her lasting legacy, were in Malayalam.    She also had a weekly newspaper column for many years in which she discussed issues relating to the lives and rights of women.   She wrote about,  at the time,  near forbidden topics such as the sexuality of women.   She was socially and politically active.   At one time she was director of the forestry commission for the Malabar district.  She ran for Parliament and lost.  In 1989 she converted from Hinduisms to Islam.   She changed her name to "Kamala  Suraiyya