There has been a great outcry of appreciation for the work and admiration for the life of Mavis Gallant (born Montreal August 11, 1922, died February 18, Paris) since her passing a few days ago in her beloved Paris.  She published 116 short stories in The New Yorker.  I have previously posted on her very first published short story, "Madeline's Birthday".   The New Yorker has very kindly made one of her short stories and selections from her diary available for all to read.
"In Italy" in just five wonderful pages luminously brings to life decades of family dynamics.  There are four people directly or indirectly in the story.  One is a man in his fifties, Henry,at least who has married a woman about the age of his twenty five year old daughter.  In addition to the daughter we meet her husband.  As the story opens, brilliantly I felt, the older man makes in a jocular tone a shocking announcement
"“The joke of it is,” Henry kept saying, “the joke is that there’s nothing to leave, nothing at all. No money. Not in any direction. I used up most of the capital year ago. What’s left will nicely do my lifetime.”

Beaming, expectant, he waited for his wife to share the joke. Stella didn’t think it as funny as all that. It was a fine thing to be told, at this stage, that there was no money, that your innocent little child sleeping upstairs had nothing to look forward to but a lifetime of work. She had just been bathing the innocent child. Usually, her evening task consisted only of kissing it good night, for the Mannings were fortunate in their Italian servants, who were efficient, loyal, and cheap."

The power in this story is in seeing how the young wife and his daughter react to this news.  The wife was not a shameless gold digger but she is shocked to see her child will not receive an inheritance.  Her step daughter, her age, turns on her and both realize untoward things about themselves.  I don't want to tell to much about this story other than to say I loved it.  I really hope to read more and would like to read all of her stories.

You can read "In Italy" here 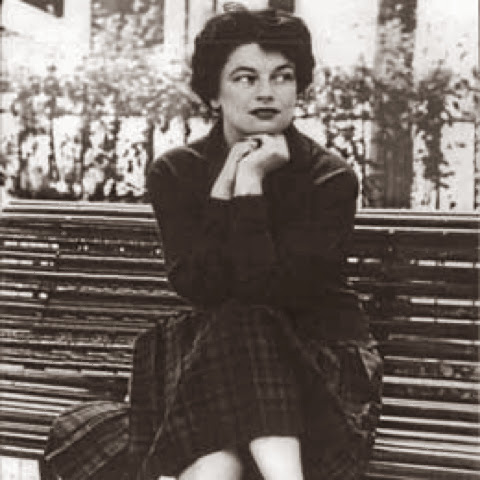 This does sound very much worth reading. Thank you for the link!