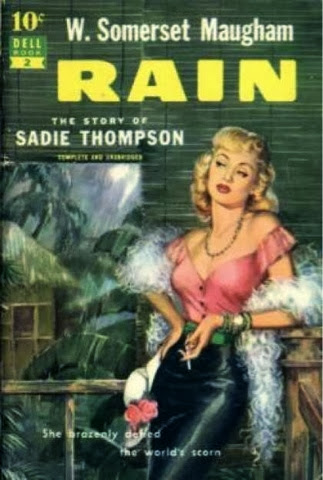 I love the old paper covers for classic works before they become high culture. I have read and posted on a few of W. Somerset Maugham's (1874 to 1965) short stories. My brief research indicates "Rain" is his most famous short story. There were three movies made about this set on a small South Seas island story featuring the now infamous Sadie Thompson as a prostitute on the run from a prison sentence in San Francisco and American missionaries shocked by the sexual behavior and clothing of the indigenous residents of the island.
Here are the three posters for the movie.  Who do you like best?  I would say were I on the island, single etc I would opt first for Rita Hayworth, then Gloria Swanson and I would perhaps pass on Joan Crawford. 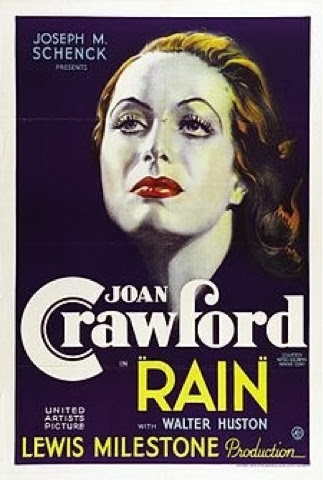 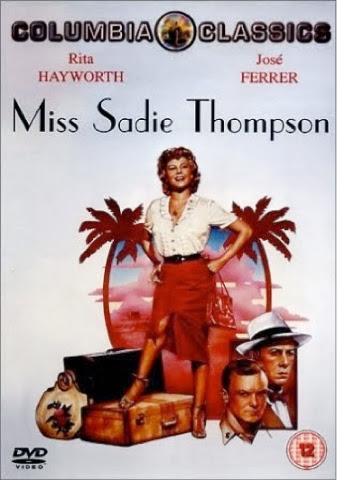 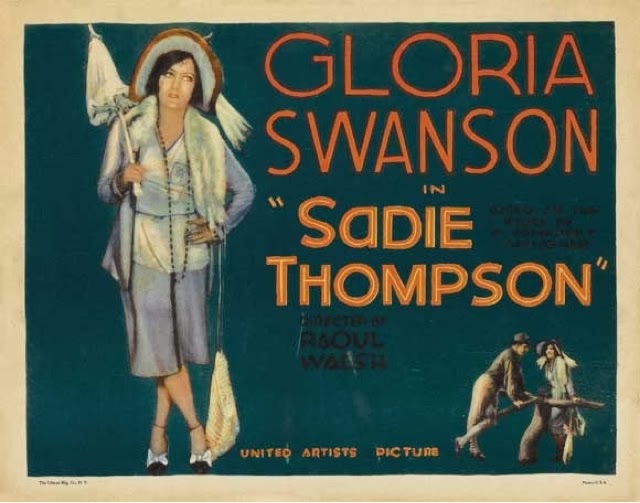 This is really a tremendously well done a lot of fun to read story.  There is also a lot to think about in it on issues related to post colonialism, the good or evil of missionaries, guilt over sex, and the insidious nature of imperialism. There is also the three hundred inches of rain to ponder.  What can it be a symbol for and how does it impact the missionaries?  Generally speaking I am anti-missionary, allowing medical missionaries do much good, as I do not like to see old cultures destroyed.
The boat the missionaries are on needs to be repaired so they will have to put into a port on a small island for two weeks.  The missionaries make a lot of judgmental brain dead comments on the morals and clothing of the natives.  They talk about how proud they are that on the last island they were on they taught the natives to be shamed of their bodies.  A woman boasts that now all the women wear "mother Hubbard" style baggy dresses.  On board the boat, in second class, is one Sadie Thompson, coarse and loud and vulgar.  Everybody has to stay in the one guest house on the island.  Once they catch on Sadie was a San Francisco prostitute, they are of course greatly scandalized.  However, the good hearted missionary Mr. Davidson takes on the task of reforming her.  I won't tell more of the plot.
This story is in the public domain and can easily be found online. 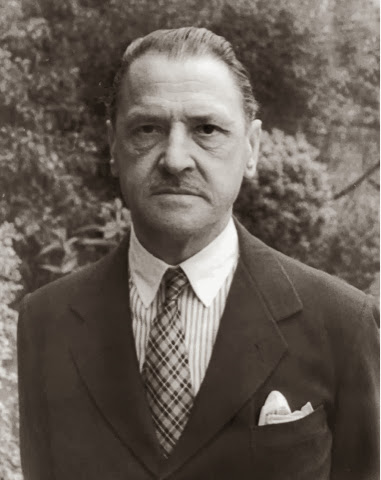 I will read more Maugham this year and maybe I will try a novel.
Please share your experience with Maugham with us.
Mel u