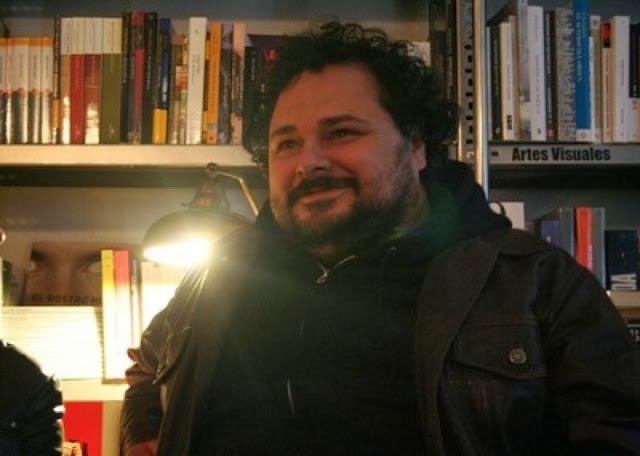 "Nazi Girl" by Alvaro Bisama,(1975, Valparaiso, Chile) author of Dead Stars, is a throughly intriguing story set in post Pinochet Chile about a woman whose parents idolized Adolph Hitler.   Of course any author from Chile who writes dark stories and especially one who focuses on Nazis and the terrible impact of the cruel dictatorial rule of Pinochet, is going to make readers think of Roberto Bolano.  Bisama, I think, accepts this and has in a way added a missing dimension from the work of Bolano. The corpus of Bolano is replete with women eager to allow themselves to be abused, sexually and otherwise, women who accept their transformation into fetish objects.  Some do it for money, some because of things in their past.  Each person is unique, each is just part of a pattern.   "Nazi Girl" helps us to understand why an intelligent educated woman came to let herself be used as a sex toy by a much older man who was a torturer for Pinochet.  (Pinochet ruled Chile from 1973 to 1981, estimates of torture victims is around 30,000 with 3000 executed.)
"Nazi Girl" is told in the first person by a thirty something woman who tries to explain how being raised by Hitler loving parents has brought her to an incredibly, near life destroying, humiliating moment of national fame in Chile.  In high school she was fat and had few friends. In college, to the infinite delight of her parents, who had supported Pinochet because he had an Aryan appearance, she decided to major in German.  German was the only college major, per the narrator, that was not full of communists.  She wrote what was seen as pro-Nazi words on the bath room walls.  Once out of college she got a teaching job and did some translating.  Her sexual experience was limited, she still saw herself as fat. I don't want to tell to much of the really interesting and intriguing plot of the story.  She does fall in love with the 64 year old principal of her school and things end up going terribly wrong for her.
I liked "Nazi Girl" a lot.
This story can be read, in an elegant translation by Lucas Lyndes.
It is included in an anthology of contemporary cutting edge Latin American literature, The Portable Museum, Vol 1.
It is published by a very exciting new house, Ox and Pigeon Publishing.  Based in Peru, they focus on transactions of the best innovative  Spanish language literature into English. For more information I suggest you visit their very interesting home page.
http://oxandpigeon.com/ 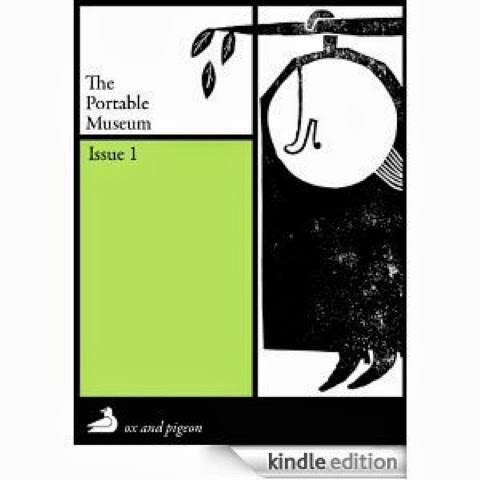 I also suggest anyone interested in the future of Latin American literature read Lyndes's article on the role of the E-book in transcending national borders.
http://publishingperspectives.com/2013/07/how-ebooks-can-bridge-borders-in-latin-america/
There is a very good interview, in Spanish and English with Alvaro Bisama here.
http://nuevasreferencias.blogspot.com/
I hope to shortly post on his award winning novel Dead Stars, soon.

I love World Lit and want to read more and more of it. Thank you so much for bringing this book to my attention that otherwise would probably have never made it on to my radar!

Wow, this sounds fantastic. My Spanish professor in college escaped from Chile during that time, so that makes it even more interesting to me.

Around after 9/11/2001 and on, on AOL Messageboards, a certain AOL user posted obsessively against Jews.


[First username was CryToHvn, then used various others to spam, one was LetsReadAll].


She quoted a lot of pseudo material written by infamous Holocaust denier (completely denied it at least since 1972) Issa Nakhleh who worked with neo Nazis for decades [she appeared from ME,  linked to his promoters, group].

When she repeated tropes used by Nazis, blatant ignorant about Judaism and recycling misconception, as she was being proven wrong, she never debated, she just went to another trope. And again. Next round. On a daily basis.
For example, she repeated every other day the words 'Kol Nidrei,' as if it's something "bad." (The prayer, by the way, that Jews state between God and themselves, it is not connected to between fellow men issues). When she was proven wrong, she was already 'at' the next canard. (The same goes to ignorance and malicious based misinterpreting some phrase in Talmud).

One day she pretended to be a "concerned Christian" avenging the blood of Jesus and blaming "da Jooz", the other day, the complete contradiction, promoting the anti-Semite's beloved Khazar myth about some part of some of Ashkenazi Jews.
[...]
A typical post by her went also something like this:
'Jews don't belong here ... they should all go to Palestine... oh, wait, they can't go there either. No place for them. They don't belong anywhere. LOL.'
[...]
After spamming for months, taunting a Holocaust survivor and hurting any Jews, denying there was a Holocaust, she posted against a Holocaust survivor under username Hafar10.... [and digits which I removed to conceal identify] (along the lines):

Just to taunt the poor guy.'