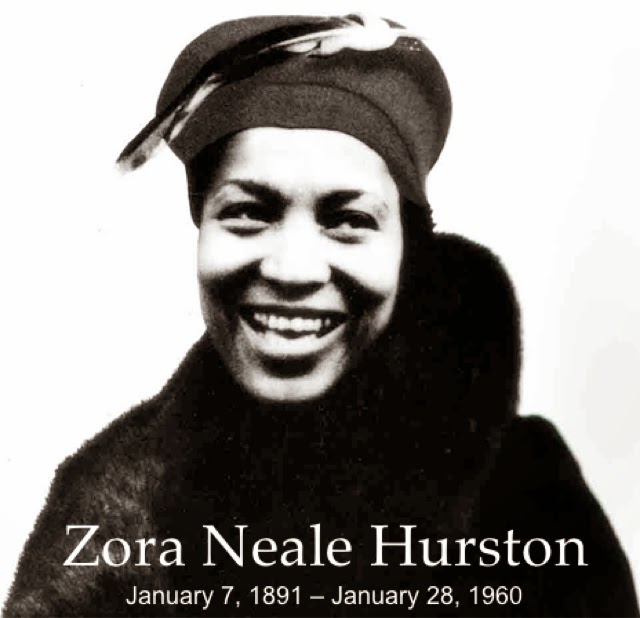 Zora Hurston (1881 to 1960-Alabama, USA) was one of the leading writers of the  Harlem Renaissance.   Hurston had a very interesting life.     Born in relative poverty she attended   Howard University until she was offered a scholarship  to attend Barnard college, an elite women's college at which she was the only person of color in attendance at the time.    She graduated, along with her very famous co-student Margaret Mead, with a degree in anthropology.     Her anthropological focus was on  the customs and speech of African-Americans living in the rural south of the USA.    Hurston studied and wrote about people from small towns in the Alabama and Florida very much as her mentor and former professor, Ruth Benedict did in her famous studies of the customs of the people of Polynesia.    Hurston wrote and published a number of short stories and novels.    Her most famous work was her novel, Their Eyes Were Watching God. ( Halle Barry played the lead character in a recent movie based on this novel.    It is too bad Hurston who died in poverty did not live to see this movie made!)
I have previously posted on several of Hurston's short stories and her marvelous novel, set in south Florida, Their Eyes Were Watching God.  I know from my blog stats there is a significant world wide interest in her short stories.   There has been controversary concerning her portrayal of African Americans, the men in her work come across really bad.  Done by a Caucasian author in 1926, I think they might seem racist.   Hurston was trained as an anthropologist and that is how she approached the people in her stories, mostly set in small towns in Florida in the 1920s.
There are two main characters in "Sweat", a married couple in a small town not far from Orlando.  They have been married fifteen years.  Two months into the marriage, the man gave her his first beating and he has now beaten much of the love and spirit out of her.  She works as a washer woman, washing the clothes of white people.  Her husband spends all the money he makes on drinking and a long list of other women.  No mention is made of any children.  One day her husband tells her he does not want "the white folks" dirty laundry in his house.  His wife tells him it is this dirty laundry that bought the house and kept him fed for years.  In a rage, he stomps his muddy feet all over the laundry.
I hope you will take the time to read this story, you can easily find it online.  I don't want to tell more of the story other than to say events turn very dramatic when her husband brings home a six foot rattle snake and keeps it in the house in a cage.
I greatly enjoyed this story. The dialect required me to slow down a bit.  I am not sure if it could be taught in American schools.
Please share your experience with Hurston with us. 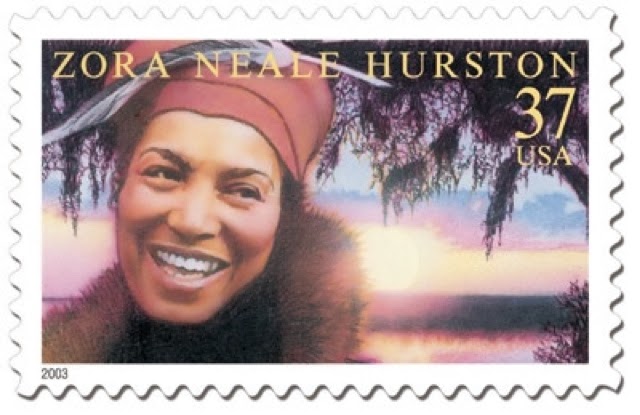