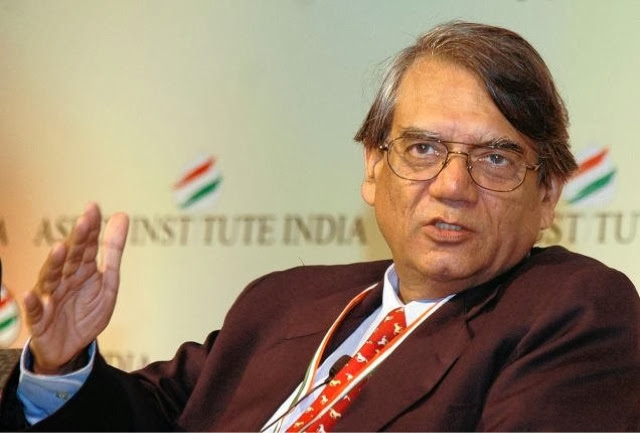 Mohan Rakesh (1925 to 1972) was one of the pioneers of the Nai Kahani literary movement of the Hindi literature in the 1950s.   He was born in Armistar, India.  Much of his work deals with the consequences of the partition of Indian and Pakistan.   He was educated at the University of Punjab.
"The Woman at the Bus Stop" is a very interesting story that takes us into the dynamics of a marriage.  The husband is a bus driver.  We meet his wife as she is waiting, as she does every day, to give her husband his lunch at one of his route stops.  Only today there was a family crisis that made her late and she missed him at the stop.  She fears he will be mad, he has a temper.  Her fourteen year old sister lives with them and her husband, somewhat begrudgingly, supports her. The village strong man with a bad reputation regarding women, tried to lure the girl into his house.  The woman debates with herself should she tell her husband, she fears he may try to kill the other man.  When her husband does show up, she has waited hours for him, he tells her she is a fool to wait and he can get food somewhere else if she is not a good wife to him.   It turns out most of his food spilled out on the ground. As he leaves on his route, after ringing down verbal abuse on her, he softens a bit and asks her if she wants him to bring her anything from town.
This story was translated from Hindi by M. Jain.