"The Supreme Night" by Rabindranath Tagore (1918) 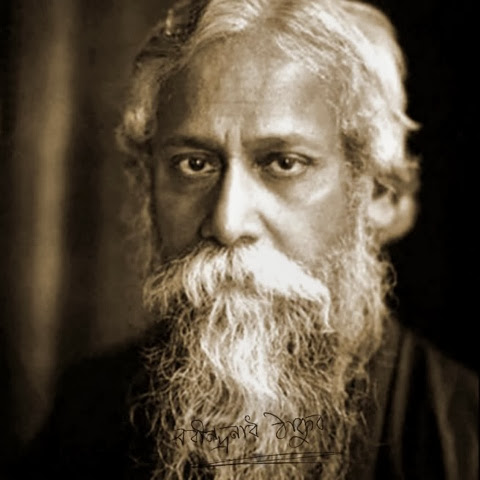 Rabindranath Tagore (1861 to 1941, India, Nobel Prize - 1913) was an incredibly influential figure.  Einstein, a good friend, enjoyed metaphysical discussions with him,Gandhi sought out his advice, Yeats greatly admired him and wrote a preface for one of his books.  He wrote the national anthems of India and Pakistan and was the first Asian to win a Nobel Prize.  He is credited with reshaping the Begali literary tradition.      (I have posted on a number of his stories and there is additional background information on him in those posts).
"The Supreme Night" is a decent story about the emotional turmoil of a young man from Calcuta, focusing on his desire for independence from his father and his love for a young woman.  I think this story was translated by someone who learned Englsh in school (no translator credit is given by Gutenburg) as the prose is stillted and arcane at times.  Here is how the story opens

The narrator is eighteen, nearly past the normal age for marriage in his culture.  He decides rather than be placed in an arranged marriage, he will leave home for the big city of Calcutta to seek his fortune.  The plot, this is not a best of Tagore story but it is very much worth reading, is kind of cliche romantic drama.  He hears Surabala has married someone else and his heart almost breaks.   I don't want to tell the close of the story as it is an interesting if a stock idea from romantic fiction of the era.
Please share your favorite Tagore stories with us.