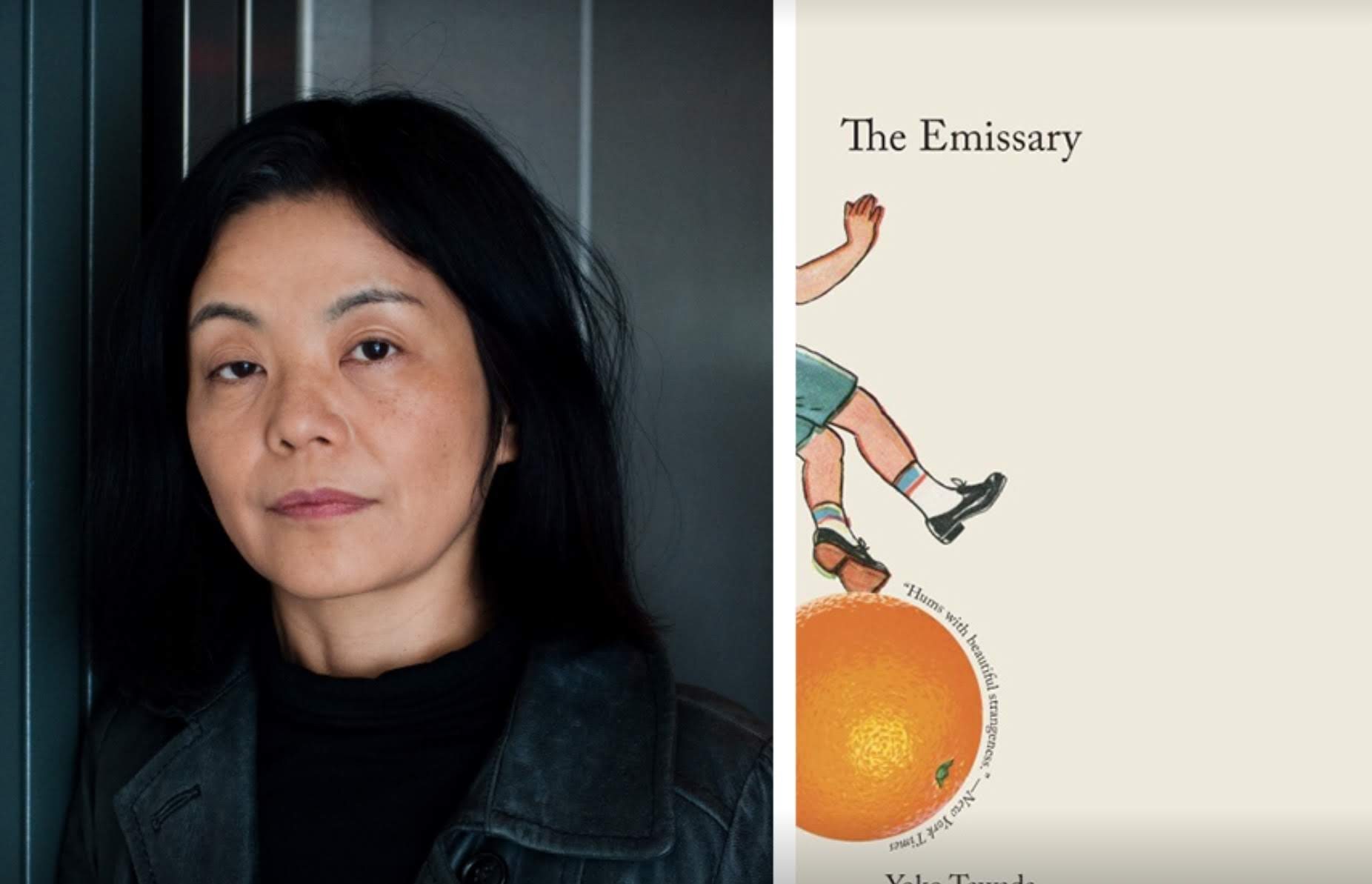 The Emissary by Yōko Tawada, translated from The Japanese by Margaret Mitsutani, won The 2018 National Book Award for Best Translated Literature.  It potrays a Japan after some sort of tremendous ecological decay which causes children to be born weak, deformed with little capacity for positive development.  The older citizens, sixty plus or so, keep getting stronger as they age.  People are triving at 120.  Japan has become completely isolationist.  Using foreign words is illegal. Every thing is just totally weird.  The story centers on a deformed boy and his great  grandfather.  The older man has great strength of character trying to cope.

The very real pleasure to be found in The Emissary is in learning about the super imaginative dexriptions of the bizzare transformations in Japanese society.

Called “magnificently strange” by The New Yorker and frequently compared to Kafka, Pynchon, and Murakami, Yoko Tawada (b. 1960) is one of the most creative, theoretically provocative, and unflinchingly original writers in the world. Her work often deals with the ways that nationhood, languages, gender, and other types of identities affect people in contemporary society, especially in our postmodern world of shifting, fluid boundaries.  She is one of the rare writers who has achieved critical success writing in two languages, both in her native Japanese and in German, the language of the country where she has lived since 1982. Five volumes of her work in English translation have been published by New Directions and Kodansha, and her work has been translated into many other languages. Her numerous literary prizes in both Japan and Europe include the Gunzo Prize for New Writers for "Missing Heels,” the Akutagawa Prize (Japan's most important prize for young writers) for "The Bridegroom Was a Dog," the Adelbert von Chamisso Prize for her contributions to German-language literature, the Izumi Kyōka Prize, and the Goethe Medal.

From Words Without Borders

The Emissary sounds like a fascinating book. Terrific review, Mel! You are really enjoying the Japanese Literature reading challenge.

Sounds like such an interesting read. I definitely need to add this to my TBR. Thanks!!

This sounds so interesting, and as though it is equally inspired by events in the past and in the future.