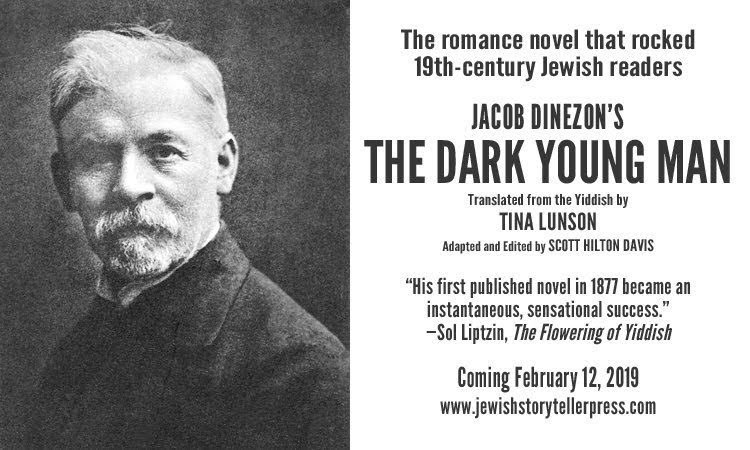 1877 - The Dark Young Man is published and  becomes one of the best selling Yiddish language novels of all times.

I strongly urge everyone to read the fascinating biography on the Jacob Dinezon Project linked to above.

I first began reading Yiddish literature in translation in December of 2012.  Yale University Press inspired my interest with a gift of The Yale Yiddish Library Collection. The alleged theme of my blog is literary works about people who lead reading centered lives and I quickly came to see how central reading was to Yiddish culture.

I think my favorite work of Yiddish literature is the deeply hilarious profoundly revealing The Letters of Menakhem-Mendl and Sheyne-Sheyndl by Sholem Aleichem, on whose work the movie The Fiddler on the Roof is based.  In the stories of pogroms by I. L. Peretz a terrible history was brought to life with incredible depth and feeling.  Denizon was friends with them both. These two writers along with Sholem Abramovitsh whom I have not yet read are considered the classic must read Yiddish writers.  Of course the issue in any literary culture  whose work endures is only partially based on merit, writers come in an out of fashion.  I think in the case of a literature like Yiddish from a partially destroyed culture dependent on translations for works to be read this is very much true.  Of course most publishers are shy to produce the works of relatively unknown writers in translation for fair to them business reasons.

Thanks to the selfless dedication and strongly focused work of Scott Davis, Jacob Dinezon (I urge all to read the very informative webpage on Dinezon I link to at the start of this post for background information on Dinezon and his relationships with other now much better known writers) Dinezon will soon become a canon status Yiddish writer.

Aside from the very exciting plot and strong character development in The Dark Young Man this book is a very important part of Yiddish literary history.  It sold over 200,000 copies, written in a language many saw as not suitable for literature, below Russian or Hebrew in status.  It brought Dinezon financiaj security and he would became an important figure in the largely Warsaw based literary community.

The plot begins as a young man, Yousef, leaves his family home to go to work for the family headed by Meyshe.  Yousef is essentially the hero of the story, Moyshe, the villan, is a very domineering father,very concerned with keeping traditional values, especially with regard to his right to pick, with the services of a matchmaker, an important figure in the community who were not always bcompletely truthful about a potential partners merit. ( They were paid after the match was made.). Meyshe's daughter Roza and Yousef fall in love.  They want to marry but Meyshe wants her to marry a man from a family that will be advantageous to his business.  He comes to see Yousef as his nemesis, out to steal his daughter.  The daughter wants to marry Yousef but neither she nor Yousef will violate the traditional values that require the approval of the Father.

Moyshe begins to spread malicious lies about Yousef to turn Roca against him.

I will leave the rest of the plot untold.  This is a melancholy and melodramatic work.  Everyone suffers as the father forces his will on his family.  It gave me better  feel for the match making process.  I have three unmarried adult daughters and can project myself into this situation. Women were bound by the rule of their father until married.  Readers of Jane Austin and many other 19th century  writers will immediately relate to The Dark Young Man.

Yiddish writers often derived much of their income from theatrical works and certainly an exciting movie could be made from this book. Lots of exciting if not happy things happen.

Jewish Story Teller Press has brought into print brand new first ever translations of two more of Dinezon novels, Hershel: A Jewish Love Story and Yosele: A Story from Jewish Life which sounds a bit like Oliver Twist.  They have also published a collection of stories and essays under the title Memories and Scenes- Shtetl, Childhood and Writers (I have previously posted on this collection and it is both culturally significant and a delight to read.)

In April I hope to read Yosele:A Story of Jewish Life as I'm wanting an inside look at Shtel schools, then Herdhel in May.

I salute and thank Jewish Storyteller Press for these very important publications. 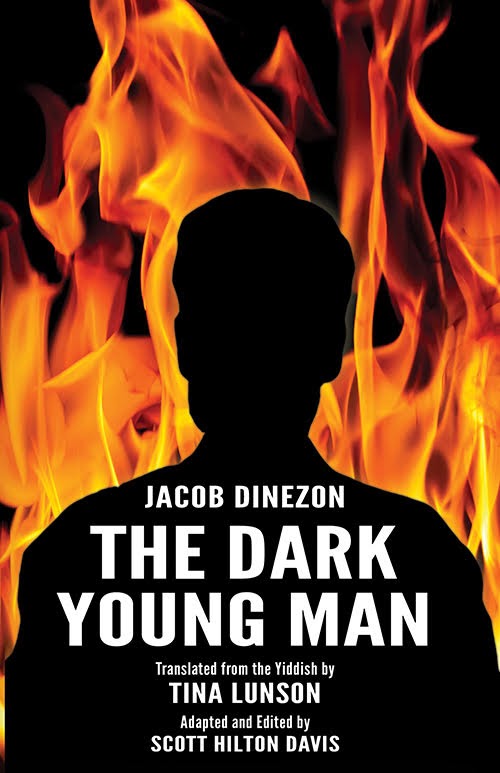 You've explored so much of Yiddish literature and all from the inspiration of an e-collection? Amazing! This story, too, sounds worthwhile and interesting.

Partially I am drawn to Yiddish culture as reading and the study of texts is so central to their way of life.