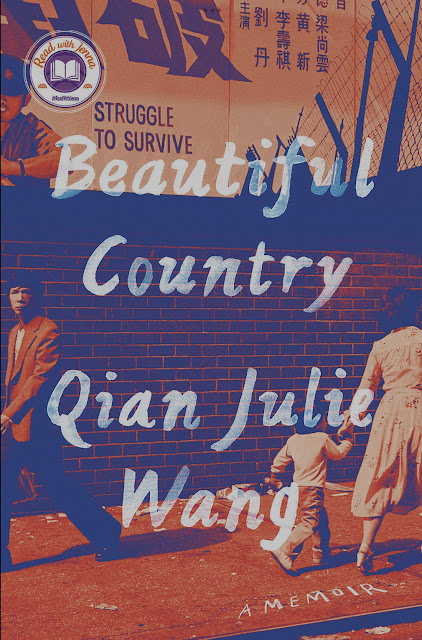 A New York Times bestseller about an undocumented immigrant child, seven, from China who moved with her mother to join her father already in New York City.  In China her parents were professors but her father’s criticism of the government put him in danger.

In NYC her parents are illegal immigrants, in constant fear of being deported back to China.  Her highly educated parents work in sweatshops, living in extreme poverty in a place they had believed was “Tbe Beautiful Country”, “Mei Guo” in Chinese.  Her parents fight constantly.  Qian is initially shunned in School as she speaks only Mandrian.  Gradually she begins to learn English, she finds a wonderful refuge in the Public Library.  She begins to take delight in America, from greasy pizza to furniture found on the street they can use.  She becomes her mother’s advisor.

Her wonderful mother becomes very ill.  She enters the hospital though she fears she will be turned over to Immigration.  Her father, perhaps with another woman now, withdraws deeply into him self advancing up to a job as a clerk for an Immigration attorney.  Qian ends up at Grade Seven in a School for gifted children.

The story ends in triumph.  I found this a deeply moving memoir.

Qian Julie Wang is a graduate of Yale Law School and Swarthmore College. Formerly a commercial litigator, she is now managing partner of Gottlieb & Wang LLP, a firm dedicated to advocating for education and civil rights. Her writing has appeared in major publications such as The New York Times and The Washington Post. She lives in Brooklyn with her husband and their two rescue dogs, Salty and Peppers. From The Book.